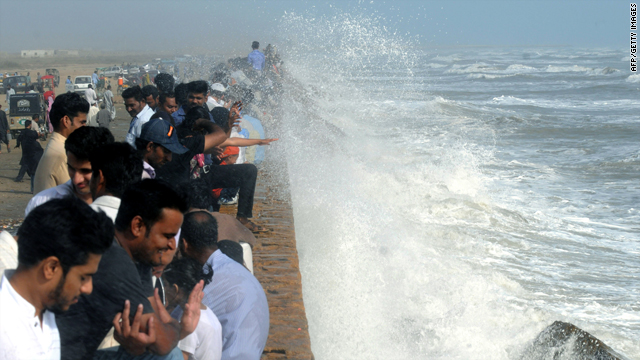 Phet lashed Pakistan's southwestern coast early Sunday as it approached landfall. The Pakistani navy dispatched helicopters throughout the weekend to alert fishermen near Karachi and parts of Balochistan of the cyclone.

About 1,000 people were rescued from Gwadar by Pakistani authorities and taken to a navy shelter on Saturday. Dr. Sagheer Ahmed, health minister of Sindh province, had no other details on the electrocutions.

The navy remained on high alert Sunday, should they be needed in the aftermath of the cyclone.

On Friday, Phet dumped up to 25 centimeters (10 inches) of rain on coastal Oman. It brought massive flooding to Muscat and whipped the capital with winds gusting above 200 kph (125 mph) at the height of the storm.