Jail for couple whose baby died while they raised online child 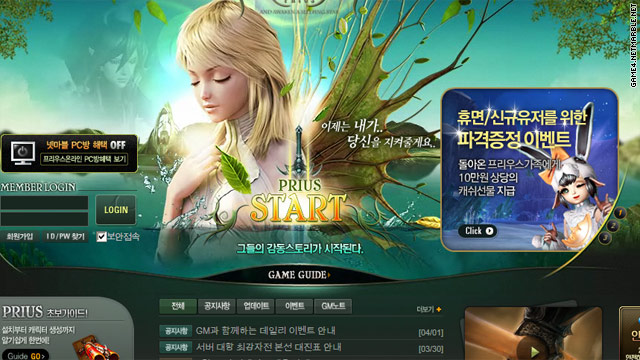 An image of the 3-D fantasy game the couple was playing while their three-month old baby starved to death.
STORY HIGHLIGHTS
RELATED TOPICS

Seoul, South Korea (CNN) -- A couple whose baby starved to death while they raised a virtual child in an online fantasy game was sentenced Friday, their defense attorney said.

Prosecutors at Suwon District Court had sought a five-year sentence for negligent homicide, but the court handed out a two-year sentence.

Sentence was suspended for the female defendant, Kim Yun-jeong, 25, who is expecting the couple's daughter in August. Her partner, Kim Jae-beom, 41, will serve two years.

The unmarried couple's defense attorney said he was satisfied with the sentence.

"This is the first legal case regarding Internet addiction in Korea," said Kim Dong-young, a lawyer with the Korean Legal Aid Corp. "I am pleased that the female defendant's Internet addiction was taken into consideration, and she was bailed."

Three-month-old Kim Sa-rang died of malnutrition in September while her parents were engaged in 12-hour sessions of Prius Online. In the 3-D fantasy game, players nurture an online girl who gains magical powers as she grows.

Kim's mother is a former factory worker while her father is a taxi and truck driver.

The trial was in March, but sentencing was delayed after the court requested a psychological examination of the mother. Both defendants appeared contrite during the trial, with the mother frequently breaking down in tears.

The case has highlighted the dark side of the nation's Internet, an industry touted by South Korean officials as cutting edge. A public debate is under way in the nation over online privacy and regulating Internet rumors.

There is particular concern about gaming addiction and its effects on teenagers and those estranged from mainstream society. "Consequently, it comes as no surprise to me that two people who were disconnected from society in general found a common psychological space that kept them physically and socially divorced from reality," said Tom Coyner, Seoul-based author of "Mastering Business in Korea."

Suwon, the satellite town south of Seoul where the tragedy occurred, was named "Intelligent City of the Year" this month by a New York-based think-tank Intelligent Community Forum.

The honor was awarded because of the town's investment in broadband infrastructure and its push to increase connection speeds to 1 gigabyte per second, according to reports.