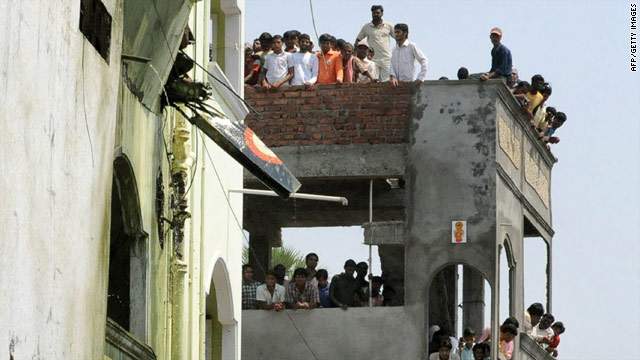 The pilot and co-pilot died in the crash of the Kiran MK-II, according to Murli Krishna, a deputy police commissioner.

Indian navy chief Nirmal Verma told reporters that the pilot and the co-pilot probably avoided ejection in a bid to minimize damage on the ground.

The plane hit a three-story building in a residential area near Begumpet Airport in Hyderabad, injuring two civilians, he said.

A mother and her son, who were watching the air show from the balcony of their apartment suffered minor injuries, Hyderabad police commissioner A.K. Khan said

The plane was flying as part of a four-plane formation by a Navy aerobatics team when it went down.