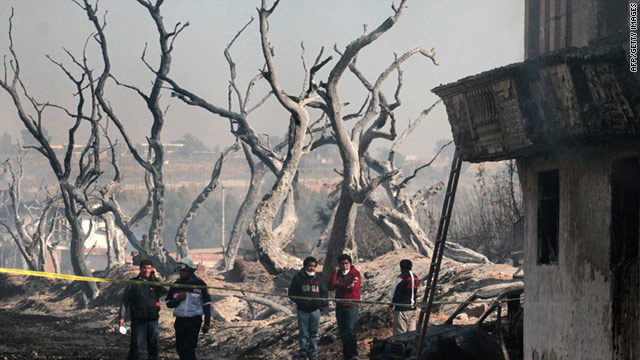 (CNN) -- At least 28 people were killed and 52 injured after an oil pipeline exploded in central Mexico, the country's state-owned oil monopoly said.

The cause of Sunday's explosion in San Martin Texmelucan, in Puebla state, was under investigation, but preliminary reports pointed to the illegal extraction of oil from the pipe, said Laura Gurza, coordinator for civil protection in Puebla.

Some 32 houses were lost in the blast, Martinez said. Pemex said in a statement later Sunday that a total of 115 homes were damaged by the explosion.

Calderon office said the president visited the blast site Sunday to offer his support to victims and their families.