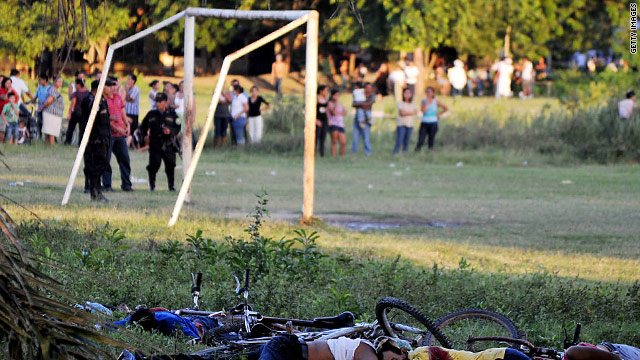 (CNN) -- Fourteen people were shot and killed at a soccer field in northern Honduras, a police spokesman said Saturday.

Juan Lopez, a police spokesman in the industrial city of San Pedro Sula, said 10 people died on the scene, while four more were transported to an area medical center for treatment. They died of their wounds, he added.

"We're investigating to see what sort of organization could be behind this. The most likely (scenario) is that the attack was directed at one or some of the men on the field and that the others were caught in the crossfire," Lopez said.

He declined to identify the victims.