Report: Consumerism must be halted to save the planet 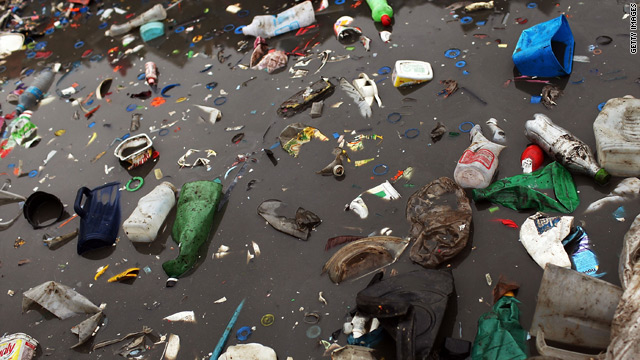 Consumption of goods and services worldwide increased by over a quarter from 1996 to 2006 to $30 trillion.
STORY HIGHLIGHTS
RELATED TOPICS

(CNN) -- Consumerism is threatening to undermine measures by governments worldwide to combat climate change effectively according to a report by a U.S. think tank.

In its "State of the World 2010" report, the Worldwatch Institute warns that without a shift from consumerism to sustainability "no government pledges or technological advances will be enough to rescue humanity from unacceptably hazardous environmental and climate risks."

The 27th annual report by the Washington, D.C.-based research organization says the world consumed $30.5 trillion goods and services in 2006 -- up 28 percent on the figure recorded 10 years earlier.

The rise means that the world now digs up the equivalent of 112 Empire State Buildings in materials every day with the typical American consuming an average of 88 kilograms (144 pounds) of goods every day -- more than the average weight of an average U.S. male -- the report says.

Erik Assadourian, senior researcher and director of the 2010 report told CNN: "In essence, the whole point of the report is to say that for humanity to thrive long into the future we'll need to transform our cultures intentionally and proactively away from consumerism towards sustainability."

The 244-page study details the work of 60 authors who explain strategies and present examples of cultures reorienting away from excessive consumption towards sustainable practices.

"There are six key societal institutions -- education, business, government, media, traditions and social movements," Assadourian said. "We break those six apart and address how we can use those institutions now to help create a cultures of sustainability."

In the chapter "Rethinking School Food: The Power of the Public Plate," authors Kevin Morgan and Roberta Sonnino highlight the example being set in Italy.

"Italian schools have been sourcing locally for decades," they explain, "often complementing their emphasis on local products with a wide range of educational initiatives for children and their parents that emphasize the values of seasonality and territoriality."

New eco-communities like Vauban in the German city of Freiburg are singled out for praise in the chapter "Building the Cities of the Future." The 5000 residents in the new neighborhoods inthe south of the city power their homes and business using 100 percent renewable electricity.

Assadourian believes the path towards sustainability will also be aided by harnessing social marketing to spread a new message.

"Despite the vast majority of media today reinforcing consumerism, there are efforts worldwide to tap media's vast reach and power to promote sustainable cultures," he said.

"No longer is it enough to simply change our lifestyles. We have to take an active role in changing the very cultures we are part of."