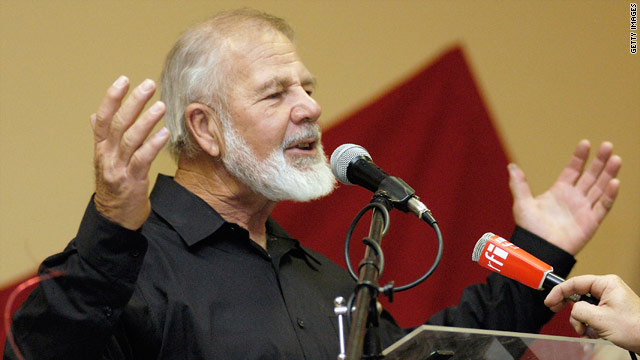 Not many people in South Africa would disagree with that. One newspaper editor called him "a violent racist" others have called his far right wing views "distasteful in the extreme."

However, his apparent murder on his farm has left many South Africans cold and fearful that this beautiful but deeply troubled country is again in the grip of racial hatred.

Terreblanche's killing comes soon after a senior figure within the ruling African National Congress, Julius Malema, was barred by a judge from singing the anti-apartheid song, "Kill the Boer" or "Kill the farmer."

The court ruled the song was tantamount to "hate speech." But the ruling party and its allies came out in defense of the song's violent lyrics, saying it reflected their heritage and struggle for freedom against the white apartheid government.

And then the man who represented the worst of that old, apartheid South Africa is bludgeoned and hacked to death on his farm. He was apparently attacked while taking an afternoon nap.

The connection was bound to be made; the coincidence just too much for racially sensitive South Africans.

They are asking -- did that song incite two young men to kill the archetypal "Boer?" Was his death more than a criminal incident over unpaid wages?

And will there now be reprisals against black South Africans by the small number of Terreblanche supporters, who will see him as a martyr?

For many here, the atmosphere now smacks of those scary, dark days before South Africans voted for a new democratic South Africa in 1994 -- when the white man and the black man were so suspicious of each other that many thought this country's transition to democracy would be violent and bloody.

But South Africans were led out of the twisted specter of racial hatred by Nelson Mandela -- whose leadership and calm management prevented a potentially explosive conflict.

Mandela is now an old man, who cannot be expected to quell another rising tide of hatred and it is now left to a new generation of South African leaders to heed the lessons which he taught them 16 years ago.

But the bonds of nationhood that Mandela strived to build are still fragile, and many in South Africa fear that Terreblanche could be even more divisive in death than he was in life -- and tear apart a nation still struggling to let go of the past.