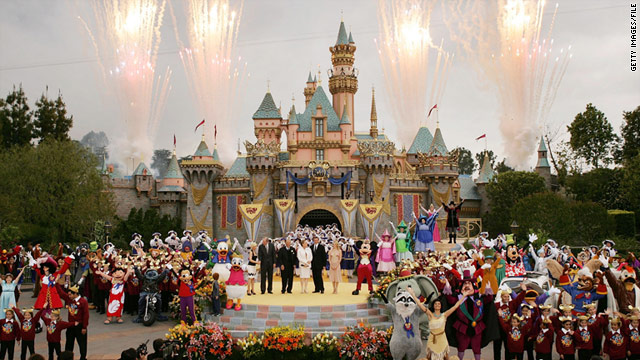 The week between Christmas Day and New Year's Day can be a very busy one for theme parks such as Disneyland.
STORY HIGHLIGHTS
RELATED TOPICS

(CNN) -- California's Disneyland filled to capacity two hours after opening Tuesday -- the second day in a row the 55-year-old theme park was forced to turn potential guests away because of overcrowding.

"This stoppage is fairly typical for us during our holiday peak period," said Betty Sanchez. "Certainly we want all of our guests to have the best guest experience, so we have measures in place to make sure that we deliver the best time."

Park officials directed people to another park in the Disneyland Resort complex, California Adventure, but Sanchez said that park, too, experienced overcrowding.

"We stopped selling tickets briefly at the California Adventure, as well," she said.

Disneyland does not release attendance numbers, including how many times the park has sold out.