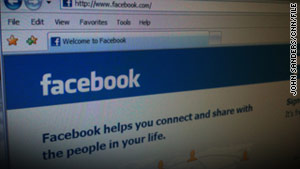 (CNN) -- A Georgia youth football coach who made disparaging comments on Facebook about ethnic groups and women wants to continue coaching and hopes people accept his apology, his attorney said Wednesday.

Frank Samuelson, who coached 10-year-old athletes at the Brookwood Football Association in suburban Atlanta, made an apology Tuesday night to members of the association.

But some parents were unmoved.

"Frank Samuelson, by name, is a racist," said Joseph Clark, who said he is taking his son out of the program in the upscale area in Gwinnett County. The coach should have stepped down, Clark added.

Blake Fleming, a parent of a player in the association, told HLN Wednesday night that he heard complaints from other parents earlier this fall and sent complaints to officials. The postings stayed up and there was no immediate action, he said.

Samuelson eventually resigned from the association board after the comments went public.

Attorney Chris McClurg, who said he also has been Samuelson's friend for about five years, said the coach made a public apology and "is a nice guy" who made "insensitive" remarks.

The coach said in a statement the comments were meant for friends and in some cases he was responding to comments.

The coach described south Asians as "Red Dots" and Hispanics as "Beaners," according to The Atlanta Journal-Constitution, which said he mocked other ethnic groups and women.

Samuelson told the newspaper one posting represented inside jokes between friends: "How to solve illegal immigration: Arrest the 30+ million illegals that are here first. Have them build a huge brick wall across the border [those guys do great brick work], and make them build it from the Mexican side of the border. Mount 50 calibre machine guns across the top and shoot anyone trying to climb over."

According to the newspaper, another posting, also with spelling errors, read: "I was dining in an Asian buffet today [big surpise], and I heard this morning how Asian students are suppodely so much smarter than American kids. My personal observation is that those fishheads still eat with chopsticks. It took Western ingenuity to invent the fork. I'm just saying. ... they a'int that friggin' smart."

The coach's Facebook page was not visible to the public Wednesday and McClurg would not release its contents. He would not comment on specific allegations in the Journal-Constitution report, but said that his client acknowledged making inappropriate remarks.

"He wants to move on," said McClurg, indicating Samuelson was not available for comment Wednesday.

Samuelson told CNN affiliate WSB in a statement that the "things I remarked about were meant to be humorous or at least thought provoking in front of the eyes of my friends who make up a variety of different people ... it was meant to either respond to some of my friend's posts or poke at them in turn."

"If there is somebody offended by it I definitely apologize from the bottom of my heart," the coach told WSB, adding some of the posts were "locker room talk" among friends. And he said, many of his postings, were taken out of context.

After Samuelson's speech to the association, a large number of those in the crowd stood and applauded.

"All you need to know is that 90 percent of the audience stood up and gave him a standing ovation," McClurg told HLN.

"Frank is loved by all those kids," the attorney said.

The association on Tuesday night passed a new bylaw that gave board members the power to "expel from the membership" anyone whose activities are considered detrimental, according to the Journal-Constitution.

A message left with the Brookwood board president was not immediately returned Wednesday.