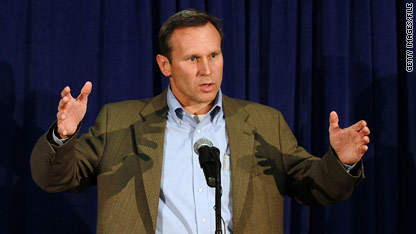 (CNN) -- BP denied Wednesday that it has ordered cleanup workers not to talk to reporters.

"Recent media reports have suggested that individuals involved in the cleanup operation have been prohibited from speaking to the media, and this is simply untrue," BP Chief Operating Officer Doug Suttles said in a letter e-mailed to CNN by a company spokesman.

"BP fully supports and defends all individuals rights to share their personal thoughts and experiences with journalists if they choose."

He added, "BP has not and will not prevent anyone working in the cleanup operation from sharing his or her own experiences or opinions."

But Article 22 of a 16-page agreement BP signed with vessel owners working on the Gulf of Mexico oil disaster says that the company once did impose such restrictions. "Vessel owner and employees will not make news releases, marketing, presentation, or any other public statements without charterer's [BP's] prior written approval," it says.

Acting in response to a lawsuit, BP deleted Article 22 last month from the contracts.

Suttles' letter, titled "Clarification of Media Access," was released the same day that a BP supervisor told a CNN reporter that he was not allowed to talk to cleanup workers on a beach.

And a volunteer wildlife biologist at a bird triage center in Grand Isle, Louisiana, said he had signed a BP document saying he would not talk to the news media.

Asked about the disconnect, Suttles told CNN that it might take some time before all 25,000 people working for BP are made aware of the policy.

But fisherman Acy Cooper told CNN that many of the people hired by BP to clean up the continuing disaster don't believe the company's assertions that no one in their employ will be penalized for speaking publicly.

Fishermen-turned-cleanup workers fear that the oil giant, which assigns their hours on a weekly basis, might simply fail to put onto the schedule those workers who talk to reporters, Acy said.