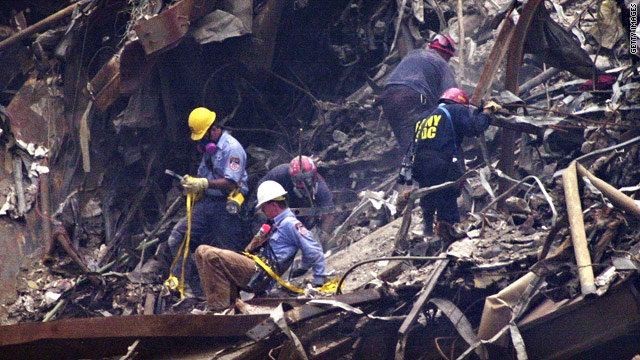 New York (CNN) -- A New York judge Friday postponed a decision on a proposed $657 million settlement for people who became ill after working on the World Trade Center site after the 9/11 terrorist attacks.

The settlement, announced Thursday, would cover about 10,000 plaintiffs, said Marc Bern, one of the lawyers representing the workers.

The postponement appeared to take attorneys -- and Mayor Michael Bloomberg -- by surprise. Attorneys for both sides and the mayor earlier made statements assuming the proposal would be approved by U.S. District Judge Alvin Hellerstein.

The judge is particularly interested in making sure the attorneys' cut of the settlement is equitable for all parties.

"This will not be a giveaway," Hellerstein said Friday. "This will be a fair and just settlement."

"This agreement enables workers and volunteers claiming injury from the WTC site operations to obtain compensation commensurate with the nature of their injuries and the strength of their claims, while offering added protection against possible future illness," she said.

The agreement comes after six years of legal wrangling -- a sometimes excruciating wait for his clients, Bern said.

Many of his clients worked rescuing victims from the terrorist attacks or removing debris after the World Trade Center toppled. After the work, some found their health deteriorated, with many suffering from asthma, other respiratory issues and blood cancer, Bern told CNN Radio.

"I am quite gratified that we been able to reach a settlement for the heroes of 9/11," said Bern. "The men and women who were exposed at the site have waited a long time for some type of resolution."

The WTC Captive Insurance Co. announced the settlement on Thursday.

"This agreement enables workers and volunteers claiming injury from the WTC site operations to obtain compensation commensurate with the nature of their injuries and the strength of their claims, while offering added protection against possible future illness," the organization said in a statement.

WTC Captive was created with a $1 billion FEMA grant and provides insurance coverage to the City of New York and its debris-removal contractors. In the aftermath of 9/11, New York was unable to get adequate amounts of liability insurance for the rescue, recovery and debris-removal work done at the World Trade Center site.

The settlement would provide a system to pay for the compensation of the injury claims made by workers. This would include construction workers, firefighters, police officers and other workers and volunteers. The settlement would also fund a special insurance policy, which provides additional compensation to any plaintiff contracting certain types of cancer in the future.

The settlement agreement will be presented to a judge Friday morning who then could give preliminary approval of it by afternoon, Bern said.

If the judge gives his OK, Bern's law firm will send letters to the plaintiffs to tell them what money they are eligible for.

"The payments could range from thousands of dollars to nearly $2 million for clients," Bern said.

In order to make a claim, plaintiffs will have to submit proof they were present and participated in the post-9/11 efforts. They will also have to present specific medical documentation, including a diagnosis confirming their illness or injury.

New York City Mayor Michael Bloomberg said of the resolution, "This settlement is a fair and reasonable resolution to a complex set of circumstances. Since September 11th, the city has moved aggressively to provide medical treatment to those who were present at Ground Zero, and we will continue our commitment to treatment and monitoring." A spokesman for the mayor declined further comment.

After the 9/11 attacks, individuals who worked or volunteered in the rescue, recovery and debris-removal project were entitled to and have received free medical care, which has been funded by the City of New York and the federal government. Participating in the settlement would not deter access to that care.

Former New York firefighter Kenny Specht told CNN's Campbell Brown, "You really can't put a price on your health, so I hope that this settlement was done the right way and I hope that it was done with people's health and safety and future in mind." Specht, 37, was diagnosed with thyroid cancer in 2008.

CNN's Jamie Guzzardo and Patty Lane contributed to this report.