Motorists could see $3 gas at pumps by Christmas 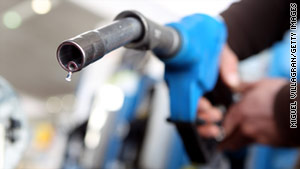 (CNN) -- Barring a steep drop in crude prices, U.S. motorists can expect to see gas prices exceeding $3 per gallon, if they are not seeing such prices already, according to a new survey of filling stations.

The latest Lundberg Survey of cities in the continental United States was conducted Friday. It showed the national average price for a gallon of self-serve unleaded gasoline at $2.91, an increase of 3.9 cents from the last survey two weeks earlier, survey publisher Trilby Lundberg said.

"It is once again crude oil at work," Lundberg said. A resurgence in crude prices resulted in the price per barrel increasing nearly $8 per barrel. At $89 per barrel, crude is at a 25-month high.

The rise in prices predicted by Lundberg is based on the necessity for gas retailers to reflect an increase in the wholesale price of gas at the pump.

Why gas is getting more expensive
RELATED TOPICS

Profit margins on a gallon of gas for a retailer fell by about half in the last two weeks, Lundberg said. The retail margin for retail is less than six cents per gallon. Retailers will have to raise prices at the pump to make up for it.

"We may easily pay three dollars per gallon or more by Christmas," Lundberg said.

Gas prices in this survey were nearly 28 cents higher than in December a year ago.

The Lundberg Survey sampled prices at about 2,500 gas stations. The highest average price in the continental United States was in Long Island, New York, at $3.21 per gallon. The lowest price was in Denver, Colorado, at $2.61.