Looking beyond Europe for education, adventure

By Talya Minsberg, Special to CNN 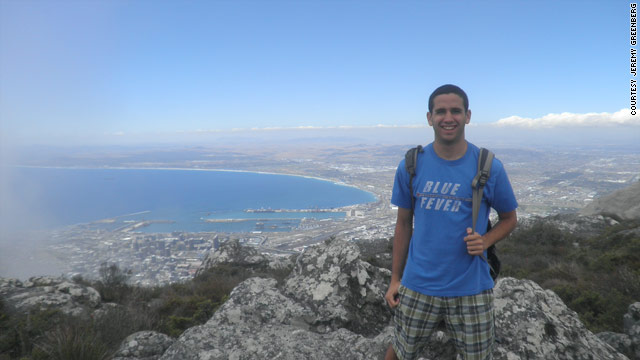 (CNN) -- With programs from Rome to Rabat, colleges in the United States promote studying abroad as a way to grow and learn outside of the American comfort zone.

An increasing number of globetrotting students are taking full advantage of the opportunity by trading the European experience for one they consider more challenging and exotic.

"After college, I'll go to Europe, but I'm not sure I would ever have the chance to live in a developing country," said Jessie Lavintman, a University of Wisconsin-Madison student who became familiar with bucket showers and malaria when she studied in Ghana.

The number of Americans studying abroad has tripled in the past two decades, according to Peggy Blumenthal, chief operating officer of the Institute of International Education. Growth is particularly strong in parts of the developing world.

The number of people studying in Africa was up 18 percent from the previous academic year for the 2007-08 school year. Studying in Asia was up 17 percent, Latin America was up 11 percent, and the Middle East was up 22 percent, Blumenthal said.

That's right: An increasing number of American 20-somethings are choosing a mud hut over an apartment overlooking the Eiffel Tower.

Most students share the same reasoning: an adventure, a challenge and a once-in-a-lifetime opportunity.

"I looked at European and Australia semesters abroad as relaxing experiential learning but not the difference in culture that I was craving," said Abigail Phillips, a University of Puget Sound student who opted to study in Dharamsala, India.

Jeremy Greenberg was seeking something unique as well.

"I wanted to live in a place that was unknown to me and my family, something completely different to anything I've experienced," said Greenberg, a student at the University of Wisconsin-Madison.

He got just that in Cape Town, South Africa, where he spent his second semester in spring 2010.

"We're seeing a lot of students studying in the developing world and non-English-speaking countries for immersion experience. ... There is a recognition that this will be effective to their education. Students realize that their careers will be global," she said.

A public health major at Tulane University, Davita Petty found it perfect to spend time in Havana, Cuba. Jerusalem was a good fit for University of Michigan student Michael Bertenthal, a public policy major with a focus on the Middle East. Kathryn Vanney, an anthropology major at Grinnell College, spent time in Ecuador, where she was able to live with both rural and urban families.

Tech-savvy students see connections around the world that may not have existed before.

"Kids are seeing stuff on the Web, interacting on the internet with people everywhere and when they watch stuff in Beijing or Madrid ... or South Africa or China, for example, that opens up a world for them that they might not have seen," Blumenthal said.

It is a small world after all for college students as universities are equally enthused to offer new study abroad locations.

"Universities are more and more interested in interacting with other universities in the world, not just Europe," Blumenthal said.

But that's not to say that European destinations are being forgotten. According to Institute of International Education figures, the United Kingdom remained the top study abroad choice in 2007-08, with a 2 percentage point increase over the previous year.

Italy, the second most popular destination, saw a 10 percent increase in study abroad students. However, locations farther afield saw the largest jumps in participation: a 19 percent jump for China, Japan and Argentina up 14 percent and India up 20 percent, according to institute statistics.

In the end, students who participated in study abroad programs and universities who promote those programs stress the same point: Just go!

No shame in staying in a posh European apartment, either.

"You can't go wrong by studying abroad. It's a once-in-a-lifetime opportunity," Bertenthal said.