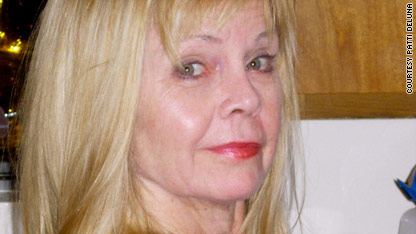 (CNN) -- A flight attendant with a pilot's license who stepped in for a sick co-pilot said the experience was "not your ordinary workday," but downplayed her role in the safe landing of an American Airlines flight in Chicago, Illinois.

"This was not heroic by any means. I was just trying to be part of a team," flight attendant Patti DeLuna, 61, told CNN on Wednesday.

The first officer became ill Monday with flulike symptoms an hour or so into flight 1612 from San Francisco, California, to Chicago, DeLuna said. When Captain Jim Hunter deemed the first officer too ill to fly, the flight's purser looked at the passenger list for off-duty pilots, but none were onboard.

DeLuna and the purser both had piloting experience, but DeLuna had slightly more and a commercial license, she said, so Captain Hunter tapped her to assist.

"I went up about an hour and a half before landing and talked at length to the captain and familiarized myself with the cockpit and asked him, 'So, what if this?' and 'where are the brakes?'" DeLuna said.

Captain Hunter was "exemplary" and "so collected and so together," DeLuna said, that her role was primarily to support him should he need help.

"He did everything by himself pretty much," she said. "I watched for traffic and listened for information from air traffic control just as a backup for him."

DeLuna also changed the altimeter settings a couple of times, she said.

This was not heroic by any means. I was just trying to be part of a team.
--Patti DeLuna, American Airlines flight attendant
RELATED TOPICS

The aircraft involved, a Boeing 767, can be piloted by one person.

"It's very sophisticated, it's equipped with an array of computers," Huguely said. "However, there's plenty of work for two pilots to do, especially when it's descending into a crowded airspace like O'Hare."

"The view is much better" from the cockpit, DeLuna said. "It's exciting and it's fun and this was a real opportunity for me.

"I'm sorry it was at the first officer's expense, but he too said, 'I'm sorry to be going through this, but I'm glad you get this experience.'"

The first officer, who is based in Chicago, was taken to the hospital immediately by paramedics waiting on the ground. He was treated and released, Huguely said.

DeLuna has been a flight attendant for 32 years, with more than 14 years experience with American Airlines. She is based in San Francisco, and the captain in St. Louis, Missouri.