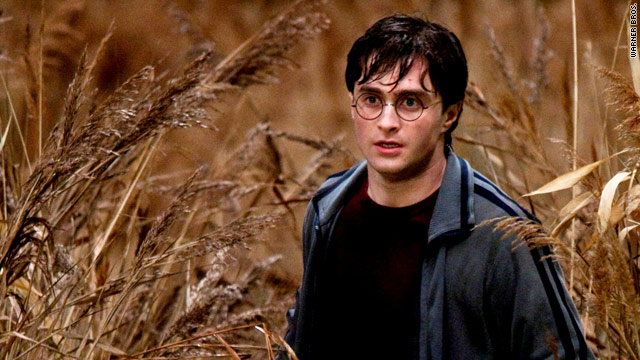 The beginning of "Harry Potter and the Deathly Hallows" is currently available on dozens of torrent sites, according to TorrentFreak.
STORY HIGHLIGHTS
RELATED TOPICS

(Mashable) -- Can't wait until Friday to check out the latest installment of the "Harry Potter" film series? Well, if you have any knowledge of torrent sites at all, you should be able to view the first 36 minutes today, as a goodly chunk of the film has leaked online.

The leak comes one day after the New York City premiere of the film.

According to TorrentFreak, the beginning of "Harry Potter and the Deathly Hallows" (the first installment of the two-part finale) is currently available on dozens of torrent sites. A quick search by the staff of Mashable proved this to be true.

This news is sure to cause a frenzy among Potter fans -- TorrentFreak reports that "Harry Potter and the Half-Blood Prince" scored a spot on its "most pirated movies" list with nearly 8 million downloads last year.

So why is the cinematic leak only 36 minutes long? TorrentFreak postulates that Warner Bros. Pictures feared a leak, so it limited the time of the screeners to ensure that the whole film didn't make it to the web.

Seeing as how the clip has hit the internet mere days before the premiere, we doubt it will have a negative effect on box office sales come Friday -- unless, of course, those first 36 minutes are irrevocably horrible.

The last time we saw a leak of this magnitude was probably that of "Wolverine," which leaked a month early last year yet was still a box office success.

What effect do you think the "Potter" leak will have on opening night?