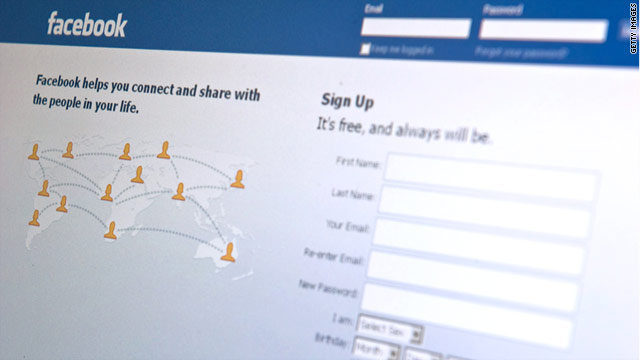 Facebook beat out Google as the No. 1 most-visited site in the United States in 2010, according to the web analytics firm Hitwise.
STORY HIGHLIGHTS
RELATED TOPICS

(CNN) -- Facebook beat out Google as the No. 1 most-visited site in the United States in 2010, according to Internet analytics firm Hitwise.

How was Facebook able to outplay the former Web champion? And can Google make a comeback in 2011 and beyond?

Let's begin by admitting that the Hitwise data doesn't represent the whole truth. For starters, Hitwise only measures unique visitors in the United States. What's more, Hitwise measures sites on a per domain basis: If the analytics firm were to include Google-owned YouTube in its calculations, Google's network of websites would outrank Facebook properties.

What are they, and can Google regain ground here?

The first area in which Facebook has bested Google is online identity. Remember the days when trying out a new website required entering your name, username, password and other details into a form? Now sites can opt to use your Facebook account for one-click signup, making life easier for both websites and their users.

Facebook was able to make this move because the service was founded around the principle of real names. While this may have slowed Facebook's growth in its early days, the company now owns a massive database of more than 500 million identities, most of them real.

As a result, Facebook is becoming the de facto identity system for the Web. The social optimization service Gigya claims that Facebook accounts for 46% of website logins versus Google's 17%.

Where else is Google behind? How about "social," one of the biggest Web trends of the past five years? Understanding the connections between people is Facebook's core competency, but Google has struggled to compete in the social networking arena.

Google Buzz, widely considered a flop after a highly anticipated launch this year, unsuccessfully tried to turn Gmail contacts into social networking friends. Gmail users, it turned out, didn't need yet another social network, and didn't see their email contacts as synonymous with their real-life friends. That's a major hurdle for all of Google's social efforts: The company doesn't possess a "social graph" of our real-world connections.

More troubling is that social gaming, with such Facebook hits as FarmVille, has become a megatrend over the past few years. Google has few inroads here.

Google is expected to roll out a "social layer" uniting its Web properties in 2011, but the company has played down claims that it will launch a full social network, and expectations are low for Google's next social foray. Google could change its social fortunes through an acquisition, however: The purchase of social messaging service Twitter is the obvious move.

Google is synonymous with search and continued to reign supreme in 2010. Surely this is the one area in which the company can maintain its lead in the coming years.

Google would indeed prove difficult to unseat in search, and yet Facebook may eventually gain a little ground here, too. Not only does Facebook possess a large database of every users' personal preferences, but its increasingly popular "Like" buttons allow members to express interest in particular Web pages.

If the company felt so inclined, Facebook might be able to provide a search engine that delivers highly personalized results. Better still: Facebook may stockpile enough personal information to recommend relevant content without the need for a search box.

Such a move is unlikely to unseat Google overnight, but this means of social discovery could lessen our dependence on search engines in the long haul.

Facebook is only "beating" Google if we limit the playing field to the Web. But in the rapidly growing mobile sector, Facebook is a minor player.

While the leading social network is attempting to bring social features to phones, Google owns an entire operating system: Android. What's more, Android is spreading like wildfire and proving to be a real challenger to Apple's iOS. Facebook, meanwhile, doesn't even have an iPad app.

What about watching online video, one of the Web's most popular activities? Yes, Google wins there, too: As the owner of YouTube, the company serves up the vast majority of online video views. In neither mobile nor video does Facebook look to be a threat to Google's position.

Google will always retain the lead, meanwhile, in professional life: From collaborative document creation to enterprise email, it's hard to see Facebook challenging Google's role in the workplace.

In 2010, Facebook challenged Google where it is weakest: Online identity and the social Web. Given that "social" is the Web's fastest-growing trend, it's hardly surprising that Facebook has benefited from the rising tide.

And yet Facebook only outranks Google on that very narrow metric: U.S. Web traffic. As mobile operating systems and app stores grow in popularity, is Web traffic really an accurate measurement of an Internet company's success?

Oh, and let's not forget that Google still crushes Facebook on the number that really counts: Revenue.