Kanye West and how Twitter's changed how we communicate 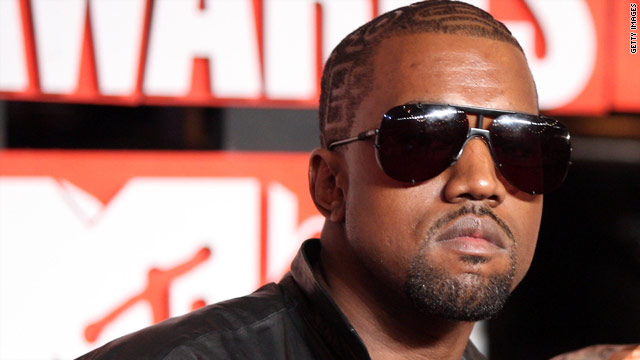 (Mashable) -- If you needed any more proof that Twitter has transformed how we absorb information and communicate, look no further than Kanye West.

[On Sunday], the superstar rapper let loose a barrage of 70+ tweets, starting with a declaration of his love for Twitter and ending with an apology to Taylor Swift.

His apology refers to last year's VMA incident, where West rushed onto the stage and interrupted Swift's acceptance speech for best female music video. The incident has since turned into anInternet meme.

More importantly, the 33-year-old rapper was vilified by music fans, the media and even President Obama.

Yes, the rapper apologized on national TV and on his blog, but he has never been able to shake off the 2009 VMA incident, and if his Twitter is any indication, there are a lot of people that (understandably) won't let him live it down.

For whatever reason though, Kanye West decided [Sunday] to make his case, and he used his brand new Twitter account to do it.

Whether you think his "stream of consciousness" is the rambling of a broken man or his most heartfelt attempt yet to put the incident behind him, you can't help but appreciate the rawness of each tweet. There is no filter or middle man between his thoughts and the rest of the world.

I won't repost all of his tweets (check out his Twitter stream if you want the whole thing), but I do want to highlight a few of the tweets that encapsulate the raw nature of Sunday's barrage of tweets:

- "Had to let employees go... for the first time I felt the impact of my brash actions ... I felt the recession from an ownership side"

- "How deep is the scar... I bled hard.. cancelled tour with the number one pop star in the world ... closed the doors of my clothing office"

- "That's when you realize perception is reality. I've been straying from this subject on twitter but I have to give it to you guys raw now."

- "If you google Asshole my face may very well pop up"

- "When I woke up from the crazy nightmare I looked in the mirror and said GROW UP KANYE ... I take the responsibility for my actions"

- "These tweets have no manager, no publicist , no grammar checking... this is raw"

Then he got a Twitter account, giving him an opportunity to talk to his fans and to the rest of the world directly, without anybody to say "no."

Social media has changed the way we communicate. Information has never traveled faster. It has created frank and transparent conversations. It has given people a chance to directly express their thoughts to the rest of the world in a mater of seconds.

For years we've chronicled the amazing impact Twitter has had on our world here on Mashable.

In 2008, a Berkeley grad student used Twitter to tell his friends he was arrested in Egypt, leading to a mobilization effort that got him out of jail. Last year, Twitter rose to prominence for its role in theIran Election crisis. Earlier this year, Twitter showed us the devastation in Haiti in a way that has never been possible.

These are just a few examples of what Twitter has done. While Kanye West's tweets don't come close to the level of importance these events carried, his raw line of communication is another shining example of just how Twitter has changed our lives. Information has been set free.