How to send digital invites without annoying your friends 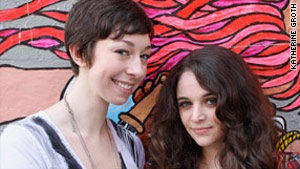 It's the season of the packed social calendar, and unless you're the lazy one who never plans anything, that means you'll occasionally need to organize a get-together -- most likely online.

Gone are the days of phone trees and handwritten cards -- now it's all about pixels and pings. But never fear, we're here to help you choose the ideal social networking tool for rounding up your sun-dazed comrades (without getting buried in their overflowing inboxes or annoying the hell out of them).

You're on your own for the beer runs, though.

Best for: Get-togethers that only involve one social group.
A simple e-mail allows you to plan a private event with fewer chances of it getting lost in the social-networking shuffle. Plus, when guests all know each other, they can hit reply-all and add witty commentary to the party planning -- and everybody loves another opportunity to be a bossy smartass.

A few things to keep in mind: Don't BCC all invitees -- it's dodgy and creates awkward scenarios ("Can I mention this thing to Samson? Or was homeboy left off the list after that incident with the tequila and Lori's cat?") Just alphabetize your invite list, as you surely have at least one paranoid friend who thinks the order of invitees is a proxy of friendship capital.

As soon as someone says she can't make it, delete her from your next reply-all message, lest she be subjected to 400 e-mails about who's wearing what.

Best for: House parties, performances and other less intimate events.

When inviting a larger pack to an event (everyone from high school, the barista down the street, that guy ... you know, that guy ... whatshisname), Facebook is the least intrusive option. You're reaching out to people who have already agreed to be part of your social circle, and if they don't want invites littering their e-mail inboxes, they can turn that notification option off.

Plus, the site's event-making function offers lots of extras: a clickable map, a printable guest list, the ability to send a message to some or all invitees and a wall on which revelers can employ copious exclamation points to express their mirth at being invited.

The polite demand for an RSVP prompts people to get back to you, and the ability to send reminders means your invite won't disappear into the internet ether (or, worse, in little Longaberger baskets by sad homeowners' doors). Just don't forget to personally invite your three weird friends who refuse to use the site. Luddites.

Best for: Fancy affairs in which people drink wine out of glasses instead of plastic cups, and the music is an accompaniment rather than an assault.

While Facebook and the like are fine for keggers and whatever event you and your brilliant (it's like Twitter but totally not) start-up are shilling, nicer affairs call for more, well, class and personalization.

PaperlessPost.com is great for cocktail parties and shindigs of that ilk: You can send out digital cards on fancy stationary, thusly saving postage and face. Because believe it or not, martini glass-emblazoned invitations (complete with pink bubble letters) from Evite.com weren't OK even back in 2004, when glassy-eyed Trixies used them to organize vapid, "Sex and the City-inspired" nights on the town.

Best for: Inviting a small group of close friends to something awesome that's happening in the near future (concert, dinner, impromptu naked rooftop party).

Read this slowly so it sticks: Group texts are an unacceptable way to invite casual acquaintances to anything.

Really, there's nothing quite as obnoxious as hearing the ding of a new text, whipping out your phone, and seeing that some musician you gave your number to three months ago wants you (and his 43 closest friends) to know that he's got a gig at Crash Mansion tonight, or that some random kid from college is acting in a one-woman show about an identity crisis she suffered after "My So-Called Life" was canceled.

Leave the textual spam to dial-a-psychics, your cell phone carrier and your Aunt Minna (you know, the one who sends the entire family those lovely snaps of her seven cats).