Blogging your way around the globe -- without a laptop 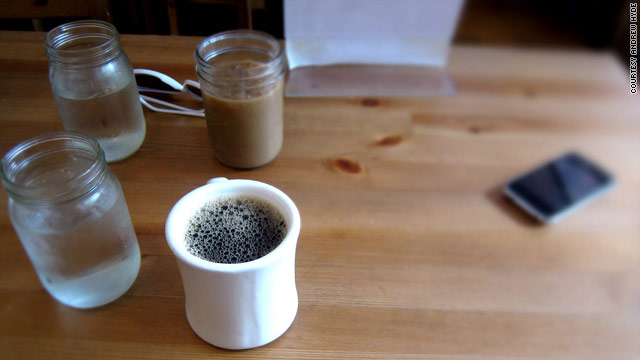 Andrew Hyde is blogging his way around the world, but he's not taking a laptop -- only an iPad and iPhone.
STORY HIGHLIGHTS
RELATED TOPICS

(CNN) -- When Andrew Hyde took a year off of work to see the world, he decided to travel light. He sold all his possessions, gave up his home in Boulder, Colorado, and squished his entire life, essentially, into a single backpack.

One item that didn't fit in Hyde's bag: his laptop.

That's a surprising choice for this serial tech entrepreneur -- especially since he's blogging about the journey. His alternative? The keyboardless iPad.

"The main reason I'm not bringing a laptop is weight," said Hyde. "But also, I'm expecting that my backpack will be stolen at some point. I'd miss my iPad less than a laptop, and I could replace [the iPad] more easily."

While he's in the United States (through the end of September), Hyde will use his iPhone for communications. But when he leaves the country, he plans to turn his iPhone off and not use it -- even on Wi-Fi.

"I'll get prepaid phones in the countries I'm visiting to handle calls and texting," he said. "The iPhone is pretty useless without AT&T data coverage. And when I'm around Wi-Fi, I'd rather be on my iPad."

In places with little or no Wi-Fi, he plans to visit internet cafes to blog.

How do you blog without a laptop? Hyde sends posts to his blog using the free service Posterous.com, which lets you post entries to your blog and updates to your social media accounts (Twitter, Facebook, Flickr, and more) via e-mail.

Writing can be a lot of work, so Hyde decided to show more than tell.

"I started taking five or so pictures from a city and putting that into a blog post," he said.

"That's an easy, fun way to tell a story without spending a lot of time." Seean example from Hardwick, Vermont

Hyde isn't concerned about spending time in areas with little or no reliable access to electricity. "The iPad battery is very good," he said.

To practice his laptop-free blogging process, Hyde treated his last two weeks in Boulder as if he was already on the road. "Definitely test all your processes before you leave on a major journey," he said.

So far Hyde reports no snags with his mobile blogging, other losing a couple of chargers. I'll check in with him every few months over the next year to see what he's learning about mobile blogging, and about how people are using mobile devices in the countries he visits.

"I'd always toyed around with the idea of taking a year off to travel," said Hyde. "I've done some trips for a couple of weeks at a time to places like New Zealand, Athens, Barcelona ... and that was all fun.

"But two weeks isn't really travel. Real travel is something people do over the course of a year or more. I've had friends do this, and I realized after talking to them that it really is doable -- and a lot easier than I thought."