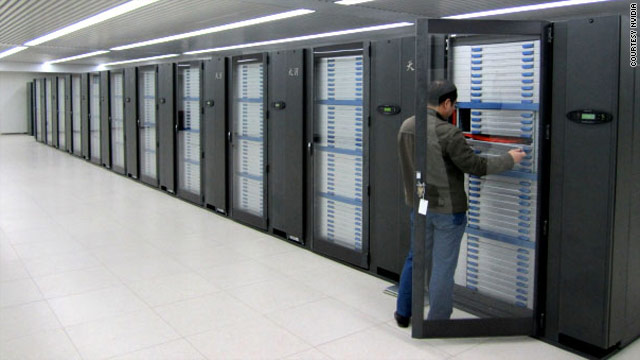 A computer called Tianhe-1A, unveiled on Wednesday at a conference in Beijing, China, can run calculations faster than the previous speed leader, a computer at a U.S. lab in Tennessee.

The new computer set a performance record by crunching 2.507 petaflops of data at once. The previous leader, a computer called Cray XT5 Jaguar and located at the Oak Ridge National Laboratory, completed 1.75 petaflop calculations.

According to Nvidia, the computer technology company, the world's fastest computer will be operated as an open access system and will be used for large scale scientific computations.

Supercomputers, which essentially are many computers strung and networked together, fill entire rooms and even small warehouses. They are often used to processes huge amounts of scientific data. Climate models, for example, are run using the supercomputing power that's found in U.S. national labs.