Nano technology could cool the heat from server farms 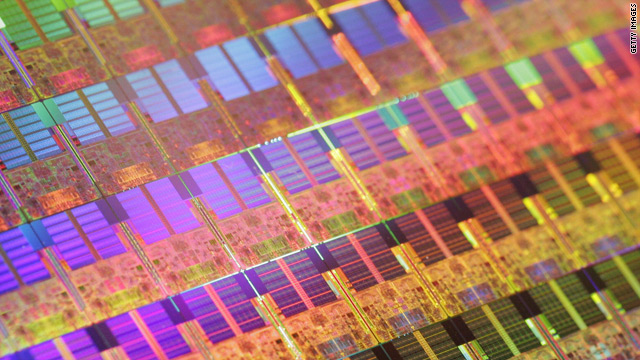 Nanofluid could hold the key to keeping servers cool without using so much energy.
STORY HIGHLIGHTS

(CNN) -- The internet may soon be a greener place thanks to new research that looks set to slash the carbon footprint of our surfing by introducing nanotechnology to computer servers.

Computer servers are often housed in giant warehouses, known as "server farms" and generate huge amounts of heat, which in turn requires huge amounts of power to fuel cooling systems.

Researchers from Sweden's Institute of Technology have discovered that adding some nanoparticles to water can improve its ability to conduct heat by around 60 percent. This nanofluid could then be used in cooling computer servers and reduce the total amount of energy needed to keep temperatures down.

"We have had some really significant successes," Mamoun Muhammed, Sweden's Institute of Technology, told CNN.

When this technology reaches the market it will provide real savings for business at very little extra cost up front.
--Mamoun Muhammed, Sweden's Institute of Technology
RELATED TOPICS

So far those nanoparticles showing most potential are oxides of metals like zinc and copper, but carbon nanotubes are also being tested.

"What we are using are nanofluids, which are fluids engineered to contain nanoparticles dispersed in such a way that the liquid's capability to move heat is much enhanced compared to normal cooling fluids," said Muhammed.

"For example, if you are using water to cool electronic equipment [such as at large server farms] and you add these nanoparticles, and create a nanofluid, it improves the water's capability to conduct heat by 30 to 40 percent."

It's almost impossible say exactly how much energy is used by information technology due to the system's complexity. But according to research by IT firm Gartner, datacenters account for 23 per cent of global ICT-related carbon emissions -- that's around 0.5 per cent of the world's total carbon emissions; equivalent to aviation and growing far faster.

As well as saving carbon emissions, the technology could help companies improve their business, according to Muhammed.

"Companies will be saving the cost of cooling; secondly, their electronics will function better at lower temperatures, and thirdly, it is greener technology, we are using less energy," said Muhammed.

"The key is this: when you are using the nanofluid you have to specially design the heat exchange.

These kinds of savings could have a huge effect when scaled up.

Google alone is thought to have at least a million servers, and even medium size businesses frequently have racks of boxes covered in flickering lights to maintain and store their data.

"If you look at Google's datacenters, you will have one block of servers, and then two blocks of equipment to deal with the heat generated by those servers," says Muhammed.

"I think within 3 to 7 years we could expect to see a breakthrough and a mainstream application of this nanofluid technology.

"The problem is finding just what is the ideal concentration of which particle.

"But when this technology reaches a level when it is ready for the market it will provide real savings for business at very little extra cost up front."

But efficiency on its own isn't the only weapon being deployed -- natural cooling is another perhaps obvious, but hitherto overlooked, angle.

As such, Iceland is marketing itself as the ideal location for the world's datacenters: it has plenty of space, a climate that is certainly colder than most of the world and best of all, an abundance of "carbon neutral" geothermal power.

"For example, if a large internet media company operating thousands and thousands of servers relocated its servers to Iceland, that company would save greater than half a million metric tons of carbon annually."

But beyond moving to the frozen north -- or waiting for smart new technology to roll out -- there are still actions both consumers and businesses can take to cut their power use.

"[We] focus on improving the efficiency of the devices that power the internet -- like computers, servers, storage devices, and networking equipment -- to support the increasing number of internet connections and anywhere/anytime services," Lorie Wigle, president of the Climate Savers Computing Initiative board told CNN.

"A commercial entity can save around $50 or more per unit in annual in energy costs by engaging power management. Multiply this by your number of units and the savings really add up.

"At the consumer level, many individuals have multiple PCs at home that could mean $100-150 in annual energy savings. Now imagine there were a greater consciousness across the population -- not just individuals, but neighborhoods, cities, states, etc. It's compelling."