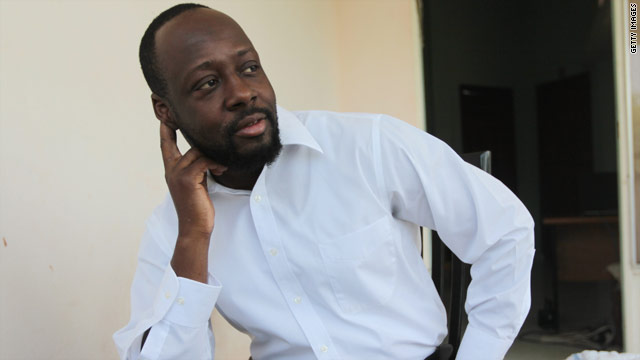 Officials have ruled that Wyclef Jean is ineligible to run for president of Haiti.
STORY HIGHLIGHTS
RELATED TOPICS

(CNN) -- Wyclef Jean officially ended his bid to be president of Haiti a month after election officials ruled that he was ineligible to run, the hip-hop singer said Tuesday.

"This was not an easy conclusion to reach," Jean said in a written statement.

"Some battles are best fought off the field, and that is where we take this now," Jean said. "Our ultimate goal in continuing the appeal was to further the people's opportunity to freely participate in a free and fair democratic process."

With his legal challenge ended, Jean will focus on his music, his statement said.

Jean's next album -- "If I Were President, the Haitian Experience" -- is set for release in February.

Jean met with some criticism after he announced on CNN's "Larry King Live" on August 5 that he had submitted paperwork to run for president.

Actor Sean Penn, who lived in Haiti's capital, Port-au-Prince, for months after a 7.0-magnitude earthquake devastated the island nation in January, questioned whether Jean would be able to lead Haiti.

Jean responded with some incendiary lyrics toward Penn at a concert in New York: "I got a message for Sean Penn," Jean sang, "Maybe he ain't see me in Haiti because he was too busy sniffing cocaine."

The relief group that Penn heads issued a statement calling it a "reckless and saddening" accusation.

"Mr. Jean is clearly unfamiliar with the physical demands put upon volunteers in Haiti," a statement from the J/P Haitian Relief Organization said. "As aid workers there, the notion of depleting the body's immune system thru the use of illicit drugs is ludicrous."

The organization has "a zero tolerance policy for any and all illegal drugs," which was set by Penn as its leader, the statement said.

Jean, who was born in Haiti, shot to fame in the mid-1990s as a member of the Fugees, a U.S.-based hip-hop and reggae group. He now performs as a solo artist. He has been an outspoken proponent of Haiti through his Yele Haiti Foundation and was one of the first celebrities to offer aid after the earthquake.