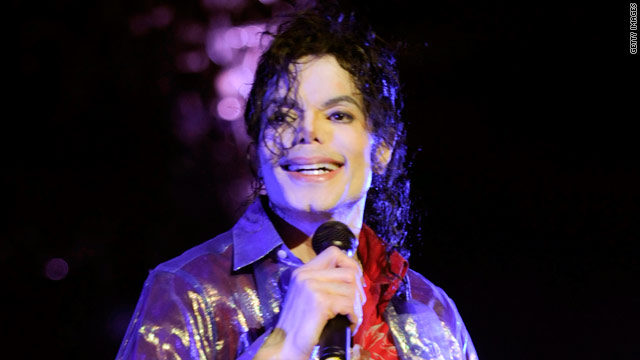 Murray faces trial on an involuntary manslaughter charge for administering drugs to the pop star that the coroner ruled caused Jackson's death in June 25, 2009.

The suit claims that Murray was "selected by, hired by, and controlled by AEG," a worldwide concert promotion and production company.

Jackson signed a contract in January 2009 with AEG Live for a series of comeback concerts in London that would begin in July 2009.

The lawsuit contends that the concert production company had a legal responsibility to "treat him safely and to not put him in harms' way."

The company failed to provide Murray with cardio-pulmonary resuscitation equipment and a nurse as was promised in his employment contract, the suit said.

"Dr. Murray was Mr. Jackson's longtime personal physician," Putnam said in a statement. "AEG did not choose him, hire him or supervise him. That said, and in honor of our professional relationship with Mr. Jackson and his Estate, we will have no further public statements."

The autopsy report on Jackson's death noted the lack of medical equipment in the Los Angeles home where Murray administered a powerful anesthetic to help Jackson sleep during several nights before his death.

The lawsuit outlines the last week of Jackson's life, which it said included a visited to his home by AEG CEO Randy Phillips on June 18, 2009. Phillips went there to meet with Jackson and Murray after the singer failed to show up for a rehearsal, it said.

"AEG threatened that if Jackson missed any further rehearsals, they were going to 'pull the plug' on the show," it said. "AEG told Murray that he had to make sure Jackson got to rehearsals."

"They said it was to be 'tough love' and that they had read Jackson the 'riot act,'" the suit said.

When Jackson finally showed up for the rehearsal at 9:30 p.m., "he was visibly shaken," it said. "Witnesses present at that rehearsal confirm that Michael Jackson was not himself that day."

Later that evening, Murray administered a "cocktail of Valium, Ativan, Versed and Propofol in order to get him to sleep," the lawsuit said.

"Jackson was freezing cold" at a rehearsal two days before his death, the suit said. "His assistants had to give him several shirts to wear under his long heavy coat."

Jackson's shivering and disorientation continued the last day before his death, it said.

"AEG was well aware of his condition but did not postpone any rehearsals, nor did AEG relent in its demands that Jackson continue to maintain the grueling rehearsal schedule," the suit said. "Rather than react reasonably and relax the rehearsal schedule so Michael Jackson could recuperate from his physical problems, AEG insisted that he attend every rehearsal in a grueling schedule, threatening that if he missed even one more, they would cancel the tour."

His mother's lawsuit described Jackson in his last months as "confused, easily frightened, unable to remember, obsessive, and disoriented."

"He had impaired memory, loss of appetite, dehydration, and absence of energy," it said. "He was cold and shivering during the summer rehearsals for this show."

The company "should have known that it was jeopardizing Jackson's health and safety by assuming control over the doctor-patient relationship between Jackson and Murray, and by directing and influencing Murray to act without regard to medical safety standards," it said.

Joe Jackson, the pop star's father, is not a direct party to the lawsuit. He filed a wrongful death lawsuit against Murray this summer.