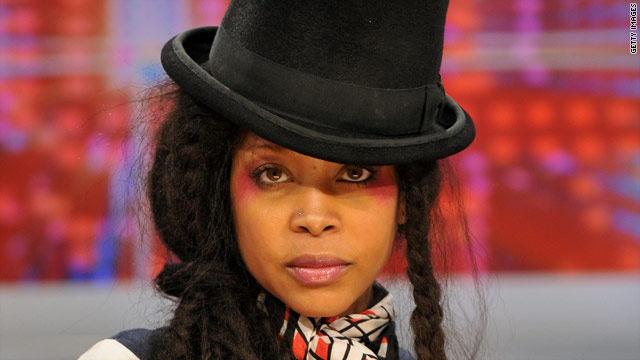 (CNN) -- Erykah Badu must pay a $500 fine and serve six months on probation for her naked stroll through downtown Dallas, Texas, while making a music video last March, a city official confirmed Tuesday.

Badu reached a plea deal to settle a misdemeanor disorderly conduct citation issued after she released a music video, according to Dallas spokesman Jose Torres.

Badu said the video was "shot guerrilla style," without a crew and in one take March 17, 2010.

Badu then posted a message on her Twitter account acknowledging that "there were children there." She said she prayed they wouldn't be traumatized by seeing her naked.

It wasn't until several days after the video for the song "Window Seat" was released on March 28 that anyone who witnessed the taping filed a complaint with Dallas Police. Only then did police issue a citation against Badu.

Under the plea agreement, the offense will be erased from Badu's criminal record if she successfully completes the 180 days probation.