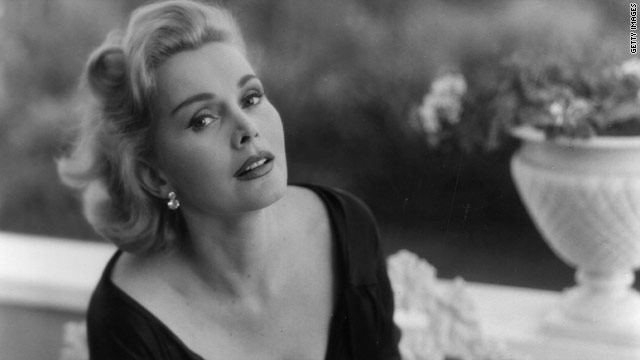 Actress Zsa Zsa Gabor was rushed to a hospital Friday due to "complications" relating to her recent surgery.
STORY HIGHLIGHTS
RELATED TOPICS

Gabor, 93, had returned home on Wednesday, three weeks after undergoing surgery to replace a hip broken in a fall from her bed.

Gabor has been frail and "pretty much confined to a wheelchair" since a 2002 car accident, said her husband, Prince Frederic Von Anhalt. The crash happened when the car in which she was riding with her hairdresser slammed into a light pole on Sunset Boulevard in Los Angeles.