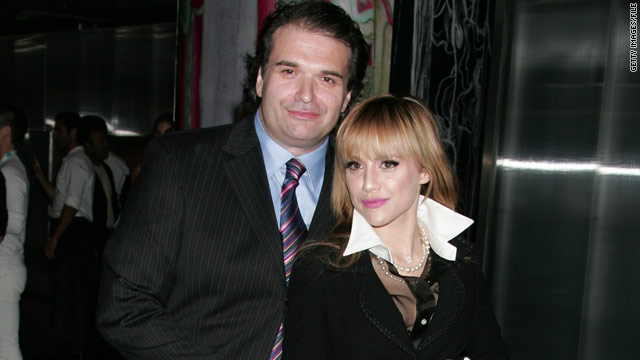 A coroner spokesperson says Simon Monjack's cause of death was the same as that of his wife, actress Brittany Murphy.
STORY HIGHLIGHTS
RELATED TOPICS

Some prescription drugs were detected in his system, but not in lethal levels, Winter said.

Sharon Murphy issued a statement saying the preliminary findings should "stop the reckless innuendos that my daughter and son-in-law misused any kind of prescription medications."

"It is with great relief that Simon's preliminary autopsy findings have been released, so the media speculations can stop," Murphy said. "As I was sure of, just like my daughter Brittany, there was no kind of drug overdose."

One more test will be conducted, at Monjack's family's request, before a full autopsy report is released in about two weeks, Winter said.

Monjack, a 39-year-old British screenwriter, was found dead at his Hollywood home May 23, according to the coroner's office. Murphy, his wife of less than three years, died in the same home last December.

Murphy, 32, died from a combination of pneumonia, an iron deficiency and multiple drug intoxication, a coroner said. The drugs involved were legal and used to treat a respiratory infection, according to an autopsy.