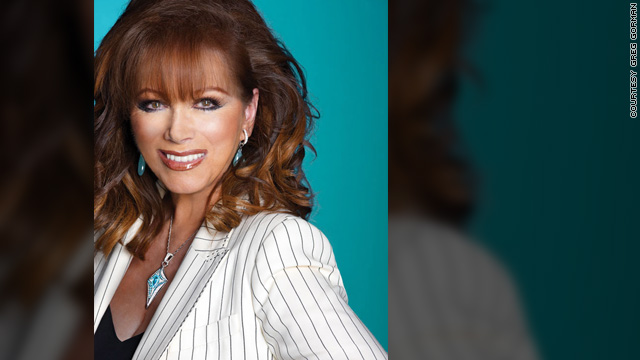 (CNN) -- There was a time when the masses received much of their dose of behind-the-scenes Hollywood stories from author Jackie Collins.

With the rise of the tabloid culture, people now have many more outlets for gossip. That doesn't bother Collins though.

"I still think I know more," she said. "So many people want to tell me everything."

Those tales of bad behavior have been shaping her books for many years. Her latest, "Poor Little Bitch Girl," is no different.

Collins has been titillating fans with plotlines featuring a heavy dose of sex since she was first published in 1968, and her work was even banned early on in a few U.S. cities.

Right now, she's producing a movie, "Paris Connections." It's being filmed in Paris and stars Charles Dance, Nicole Steinwedell (formerly of the television show "The Unit") and Trudie Styler, best known as singer Sting's wife. It's about one of her popular characters, Madison Castelli.

The New York Times best-selling author spoke with CNN about being the queen of racy novels, why she's not threatened by gossip sites and her secret obsession.

CNN: We have to start with a confession. When I was like 11 or 12 years old, I would sneak your books out of my mom's room and read them.

Jackie Collins: (Laughter) I do have generations of readers now. Eleven years old is a bit young, but I have plenty of older teens who like my books. It's great because they all say they took their mom's copy and then grandma reads me and dad gets me, too.

I also have a huge gay audience, a huge African-American audience and the list goes on and on. I'm really fortunate that I am one of those writers who appeals to everyone.

CNN: You have been doing this for so many years now.

Collins: That's why it's so great to still be on the New York Times best-seller list. I was talking with a friend the other day, who is [singer] Rod Stewart's manager, and he said "You and Rod Stewart just keep going on and on and on. I don't know how you do it. The two of you just stay around forever and ever."

CNN: Your fans are a pretty die-hard group. How do you stay connected to them?

Collins: I'm crazy about Twitter. I think it's great that you can talk to people back and forth.

It's kind of a nice way to give back to people because they love it. I'll tweet something like I just had dinner with Shirley MacLaine and people enjoy that. It brings them closer.

I also have a Web site that is very interactive -- and Facebook, of course, where I have a big site.

CNN: How important has social networking been to you as an author?

All [of the clips from the] TV shows I do go on to my Web site now, so it's like a continuation of that promotion.

CNN: You were always the consummate Hollywood insider, sharing the tales of the famous and infamous. How is it for you now that the public has so many other outlets for stories like that via Web sites and magazines?

Collins: I know more than them because more people who are actually on the inside tell me things. The drivers, the make-up artists, the hair stylists and the stylists. I'm friendly with some of the stars and the directors, and everyone's always telling me little tidbits that don't get out there.

I'm always able to change the names to protect, as I have said many times before, the "not so innocent."

CNN: Why do people share the juicy gossip with you?

Collins: They love sharing things with me because I'm a good listener. If I wasn't a writer I would have liked to have been a lawyer because I love getting all details. I could have also been a bartender because it's: 'Set them up Jackie, and we'll tell you everything.'

I love getting information from people because I'm genuinely interested.

CNN: Do people ever confuse who you are with what you write? Because your books are pretty explicit.

Sometimes it confuses people who say "Don't you want to write a different kind of book?" and I go "Excuse me, I've written 27 books and they are all different."

It was never about the sex. It was always about the characters and that's what people don't get. If you don't have good characters and a good plot, you may as well just read the back pages of Playboy or those stupid letters that men make up.

CNN: What's something fans would be surprised to learn about you?

Collins: That I am a total TV addict. I really do need to go to a meeting, raise my hand and say "Hi, my name is Jackie Collins and I am a total [DVR] addict."

I know everything about TV and I watch everything.

Collins: Oh yes. I love The Housewives. I was just on Andy Cohen's show on Bravo ["Watch What Happens"] and I was on with Teresa, the table-throwing housewife from New Jersey. She was quite charming and so sweet.