What makes a two-hour show work? Process of elimination 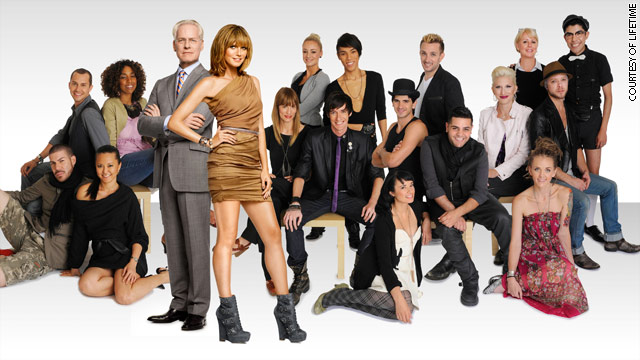 (CNN) -- When it comes to reality competition shows, it seems less is not more.

"Project Runway," which will feature 90-minute-long episodes when Season 8 kicks off tonight, is the latest series in its genre to adopt a longer run time. It follows in the footsteps of other elimination shows like "The Biggest Loser" and "The Celebrity Apprentice" -- both of which switched from 60-minute to 120-minute episodes within the past two years.

So what is it about elimination shows that draws viewers to the tube for hours at a time, or, in the case of "American Idol" and "So You Think You Can Dance," multiple times a week?

"Because of the structure of competition reality shows, people have an incentive to stick around to the end to see who gets eliminated," said Andy Dehnart, the editor of Reality Blurred. "But that doesn't mean the preceding 90 or 120 minutes have been full of worthwhile content."

While a show like "The Apprentice" easily fills a two-hour time slot with complicated tasks, other competition shows struggle to keep viewers engaged, Dehnart says. It's all about leaving viewers wanting more.

For example, he says, "'Survivor' tribal councils last for 45 minutes or an hour in real life, but much more than 10 minutes on screen would probably be too much, since not all of that conversation is compelling or consequential."

Sara Rea, the executive producer of "Project Runway," which follows aspiring fashion designers as they compete for a cash prize, agrees -- noting that 7 hour long shoots are often edited down to 20 or 30 minutes of footage.

"120 minutes is a huge commitment," Rea said. "This [90 minutes] just felt more like a natural progression -- to give you more, but still leave you wanting more."

The extra time will allow viewers to get to know the characters better, Rea added. "More character development makes the show pop."

It's sometimes hard for viewers to identify with a scripted character, whereas they can watch a reality show and say, 'My mother is just that woman,' or 'My brother is like that guy,' Roth says.

The moral of the story: Longer episodes mean more time to explore each of the characters. That's what viewers want, he said. They want to see "who these people are."

This isn't news to reality TV expert and author of "Uberstar," Vaughn Alaine-Marshall, who says viewers can't help but stay tuned when they become attached to the contestants.

"'American Idol,' 'Project Runway' -- the professions these people are tying to be a part of are quite prestigious," he said. "Very few people have the talent or the courage to actually become [musicians and clothing designers]. People want to see someone like them achieve these things."

And it's a win-win, Alaine-Marshall said. The longer "American Idol" is on, the more ads they sell. It's financially beneficial.

But, he said, it's only reality competition shows that this applies to.

You have your favorites that you root for, and usually somebody that you don't like. You watch waiting for them to get what they deserve.
--Laura Kluvo, "Project Runway" fan and blogger
RELATED TOPICS

"The difference from these shows compared to 'The Real World,' 'The Hills' [and] 'Jersey Shore' is there's an extra tension in the drama -- someone like you could be humiliated in front of tens of millions of people. ... There's a very fine line between someone you feel complete empathy for and someone you're willing to laugh at," Alaine-Marshall said.

"Could you watch 'The Situation' for more than 40 minutes? [No.] But for something like 'Project Runway,' with skill and endeavor, people want to look behind the curtain."

And while the elimination aspect might be reason enough to tune in for some viewers, Roth said the appeal of such shows is very much embedded in the format and the overall process.

"If [people] have to watch too intently, you can only do that for an hour or so."

With reality competition shows, you can read the newspaper or leave the room for a minute, come back and still be able to follow along, he added, joking that, during the "Lost" finale, "I had to sit there with a piece of paper ... to keep track of what was going on."

One viewer who couldn't wait for longer episodes of "Project Runway" is Laura Kluvo, who blogs about the show.

"I love the challenges," Kluvo said. "I love to see the designers work their way through these challenges -- each with their own set of skills, talents and personalities."

Kluvo agreed with producer Rea that longer episodes mean more of an opportunity for fans to learn about the contestants.

"You have your favorites that you root for, and usually somebody that you don't like," Kluvo laughed. "You watch waiting for them to get what they deserve."

But it's not just the contestants on reality competition shows like "Project Runway," "American Idol" and "Top Chef" that keep Kluvo glued to the tube for hours.

Despite the seemingly foolproof format of reality competition shows, Dehnart of Reality Blurred says a scripted series could easily hold our attention for more than 44 minutes -- though they usually don't.

"It just takes skillful storytelling and a strong arc," he said.