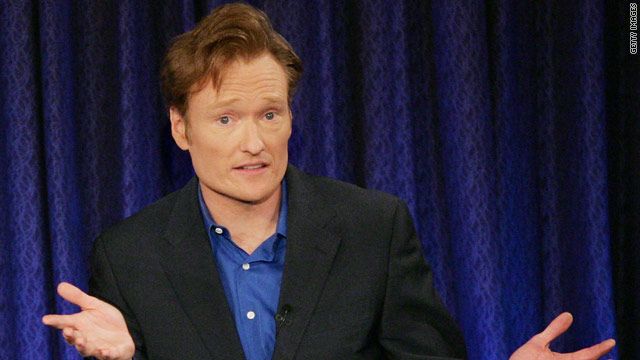 O'Brien's talk show will air weeknights at 11 p.m. ET/PT, leading into "Lopez Tonight" which will shift to a midnight start, TBS said.

"I can't think of anything better than doing my show with Conan as my lead-in," George Lopez said. "It's the beginning of a new era in late-night comedy."

Negotiations for the deal began last week after Lopez called O'Brien to ask him to consider joining the network, TBS said.

Video: Conan O'Brien is back on TV

The new show has not yet been given a name.

O'Brien has been off the air since January when NBC canceled Jay Leno's prime time hour after disappointing ratings led to an affiliate revolt.

The settlement left O'Brien free to launch a competing show after September 1, 2010.

The ouster of O'Brien after just seven months on the show stirred his friends and fans -- dubbed Team CoCo -- to launch a variety of anti-NBC protests.

Leno recently told Joy Behar, host of HLN's "The Joy Behar Show," that he expected O'Brien would return to late-night television as a head-to-head competitor.

"I think Conan will come back, and he'll be strong and, you know, we'll all compete against one another," Leno said.

"It should be me against (David) Letterman, against Conan, against (Jimmy) Kimmel, and then you see who wins," he said, referring to all the other late-night comedians.