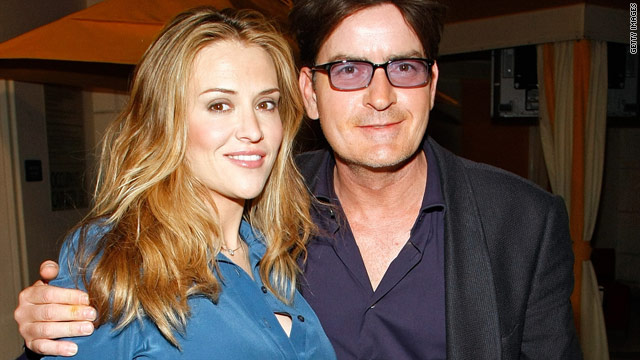 Brooke Mueller moved out of the rental home she shared with Charlie Sheen earlier this month.
STORY HIGHLIGHTS
RELATED TOPICS

Los Angeles, California (CNN) -- Brooke Mueller checked out of a Los Angeles hospital Tuesday, a week after she was admitted for treatment of pneumonia, her lawyer said.

"She was released and is doing OK," Yale Galanter said.

When Mueller -- wife of actor Charlie Sheen -- was taken to Sherman Oaks Hospital last week, her temperature was 105 degrees and she had infection in both lungs, Galanter said.

Her illness led to a Colorado judge to temporarily lift a protective order that otherwise prevented Sheen, 44, from visiting his wife.

The protective order was issued last month after the "Two and a Half Men" star was arrested on a domestic violence charge in Aspen, Colorado, on Christmas Day.

A hearing on the domestic violence charge was delayed until February 8 because of Mueller's illness.

Mueller, 32, moved out of the couple's Aspen rental home earlier this month to return to Los Angeles with their twins.