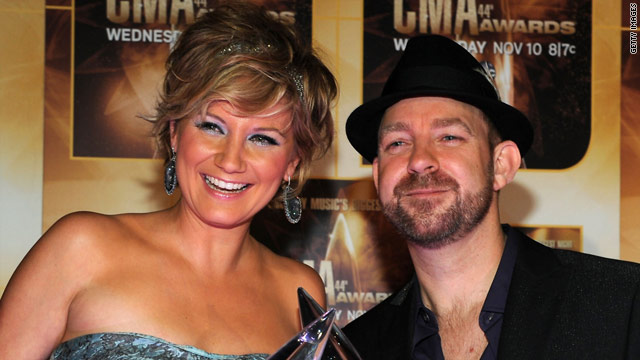 Sugarland settled a lawsuit with a co-founder who claimed she was owed a share of the group's profits.
STORY HIGHLIGHTS
RELATED TOPICS

Atlanta, Georgia (CNN) -- Country music act Sugarland settled a lawsuit with a co-founder who claimed she was owed a share of the group's profits since she left five years ago, according to a court filing.

Kristen Hall left the trio Sugarland to write songs and to pursue a solo career in 2005, leaving Kristian Bush and Jennifer Nettles to carry on as a duo.

Hall filed a federal lawsuit against her former bandmates two years ago demanding that she be paid a third of Sugarland's profits because of her role in founding the group and in creating their hit debut album in 2004.

U.S. District Judge Timothy Batten signed an order last week recognizing the settlement, although terms of the agreement were not included.

Lawyers have until December 13 to file the final papers or else Hall has the right to re-open the lawsuit, the order said.

The Atlanta-based group picked up their fourth Country Music Association Vocal Duo of the Year award last week. They won Grammys for best performance by a group or duo and best country song last year.