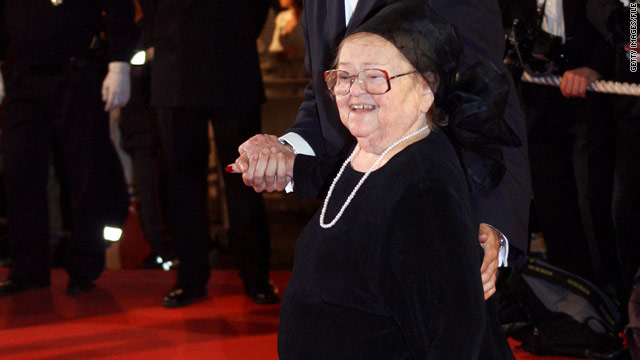 (CNN) -- Zelda Rubinstein, the actress best known for her role as the psychic in the horror film "Poltergeist," died in Los Angeles, California, on Wednesday, her agent said. She was 76.

Eric Stevens, Rubinstein's agent for the past four years, said the 4-foot-3-inch actress had never recovered from a mild heart attack she suffered several months ago, which he said left her a patient at Barlow Respiratory Hospital in Los Angeles.

"She had several pre-existing conditions that she had been dealing with for years, and unfortunately they began to overtake her," Stevens said.

Rubinstein, who took up acting later in life after a career as a lab tech, also appeared on television in shows including "Picket Fences" and "Hey Arnold."

But the diminutive actress first came to fame for her portrayal of Tangina Barrons, the diminutive clairvoyant in "Poltergeist," where she urged a group of spirits to "Go into the light." She later revisited the role in the movie's sequels.

Stevens said Rubinstein continued to work at her craft up until her heart attack.

"She had been considering scripts and taking meetings," he said. "Her last feature film appearance was in 'Southland Tales,' which co-starred The Rock, Dwayne Johnson."

Rubinstein was also a passionate activist for safe sex and HIV awareness, appearing 25 years ago as the mother in an ad campaign aimed at gay men.

"I lost a friend to AIDS, one of the first public figures that died of AIDS," the actress said in an interview with The Advocate. "I knew it was not the kind of disease that would stay in anybody's backyard. It would climb the fences, get over the fences into all of our homes. It was not limited to one group of people."

The actress told the publication her career took a hit after she went public with her activism, and she didn't work for a year. Her agent said Rubinstein "always leant her support to any fundraiser she could be a part of" to help the cause.

Stevens said that per Rubinstein's request no funeral will be held. Instead there are plans for a celebration of her life to be held at the end of February, he said.