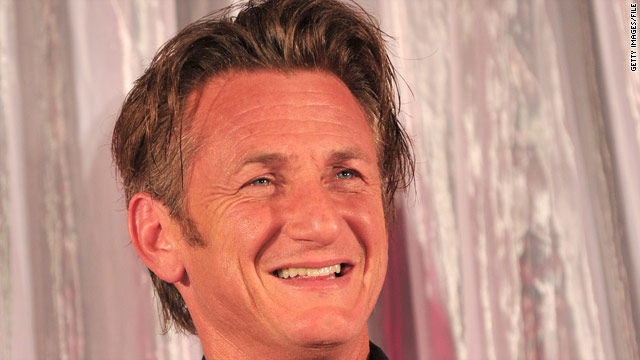 The Oscar-winning actor agreed to a plea of no contest to vandalism, while a battery charge was dropped, spokesman Frank Mateljan said.

Penn, 49, must get 36 hours of anger management from a private therapist to help him avoid future confrontations with the paparazzi that frequently stalk him.

After 36 months of probation and 300 hours of community service, Penn's conviction can be changed to a misdemeanor disturbing the peace charge, Mateljan said.

The community service should be a breeze for Penn, since it can be done through the organization that he created to help Haitian earthquake victims.

Penn has lived in a tent in Port-au-Prince, Haiti, for the past few weeks. He has been helping manage 50,000 displaced Haitians living in the camp that sprouted on the nine-hole course at the capital's once-exclusive golf club.

Penn entered the plea this week in writing, through his lawyers.

A hearing is set for July 8 to determine how much restitution Penn must pay to the photographer.

Without the deal, Penn could have faced a maximum punishment of 18 months in jail for each count, Mateljan said.

The incident happened at the Brentwood Country Mart, a shopping and dining complex in western Los Angeles.

Video posted on the celebrity gossip site TMZ showed Penn kicking toward a still photographer who was standing by his pickup truck as he approached.

"Get out, get out," Penn said as he kicked. It was not clear if any of the kicks landed on the photographer, who retreated.

Penn, who has five Oscar nominations, won the best actor Academy Award twice, in 2003 for "Mystic River" and in 2008 for "Milk."

His violent outbursts against photographers are legendary and have landed him in jail.

He served a month behind bars in 1987 for an assault against a photographer.