Jesse James cited for vandalism in clash with photographer 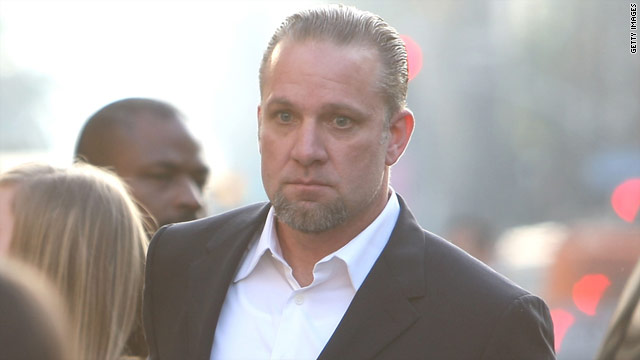 (CNN) -- Jesse James was cited for vandalism after an incident last week with a photographer near his Long Beach, California, motorcycle shop, police said.

Long Beach detectives were given a copy of the video of the March 25 run-in recorded by Rios, his lawyer said.

James, a motorcycle designer and reality TV star, has been the target of controversy and publicity since his separation with actress Sandra Bullock soon after she won a best actress Oscar earlier this month.

James is at a treatment facility "to deal with personal issues" in a bid to save his marriage to Bullock, a spokeswoman for James said Wednesday.

A citation is the equivalent of an arrest, Sgt. Zapalski said.

The Long Beach city prosecutor will decide if the cases will be prosecuted, she said.

Detectives with the city's violent crimes section met with the lawyer for Rios Thursday morning to obtain a copy of the video, attorney Mark Haushalter said.

The video shows James confronting Rios, who is sitting in a vehicle park across the street from West Coast Choppers, a business owned by James, Haushalter said.

Two tires on the SUV were slashed, a door was dented and a window was scratched, he said.

The lawyer for James did not immediately respond to CNN requests for comment.