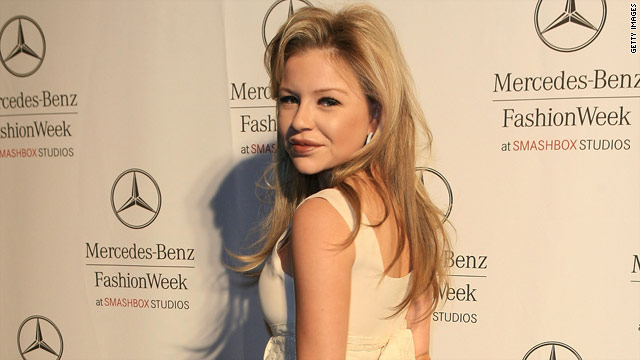 (CNN) -- Heiress and socialite Casey Johnson lived a life of privilege that provided her great freedom -- and made her a frequent topic of gossip columns in the years leading up to her death this week.

The 30-year-old was pronounced dead Monday morning after being discovered by Los Angeles, California, police officers.

Police said there was no evidence of foul play, but after an autopsy Tuesday, the county coroner said the cause of death was still a mystery and ordered toxicology and other tests. Results could take weeks.

Johnson was diagnosed with diabetes as a child and co-wrote a book with her mother and father, "Managing Your Child's Diabetes," in 1994.

"The Johnson family is mourning its tragic loss, and asks for privacy during this very difficult time," a spokesman for the family said in an e-mailed statement. "The Johnson family wishes to thank everyone who has expressed condolences and support during this trying time. Your thoughts and prayers are deeply appreciated. The family has arranged for Casey to be flown back east to her final resting place. There will be a private funeral service later this week for the immediate family."

Casey Johnson was raised in Manhattan and attended prestigious New York schools. She went to Brown University for a short time, but left to intern at the New York City public relations firm owned by Lizzie Grubman.

In 2001, she worked as a beauty editor for the now defunct fashion and celebrity magazine Manhattan File. New York club owner Noel Ashman said he had been playing host to Johnson at his venues since her teenage years.

"She was a sweet and lovable girl, and she was always very nice and gracious," said Ashman, who has owned the clubs Veruka and The Plumm.

In late 2001, she moved to Los Angeles, where she bought a $3.2 million house in Beverly Hills, according to a profile of the heiress in Vanity Fair magazine. Often referred to as the "Band-Aid Heiress," a title she disliked, Johnson was a longtime fixture of gossip columns.

She had a brush with the law in November when she was arrested for allegedly breaking into the home of former friend Jasmine Lennard, a reality television star, and was charged with burglary and receiving stolen property. She pleaded not guilty.

Paris and Nicky Hilton both grew up with Johnson, spending much of their teenage years together in nightclubs and at swanky parties in New York City.

The sisters expressed their grief through their Twitter feeds.

"In bed crying, looking at baby pictures of Casey, Nicky and I. I feel so upset. I feel like I've lost a sister. My heart is broken. Miss her," Paris Hilton posted to Twitter.

Nicky Hilton concurred, posting, "Rest in pace Casey Johnson. I love and miss you so much. You are my best friend, my sister...I am broken without you."

Johnson is survived by her daughter Ava-Monroe. She adopted the girl from Kazakhstan in 2007. Ava has been living with Casey's mother, Sale, for the past several months, according to a family spokesman.

The year before adopting Ava, Johnson told an interviewer she had recently come back from a trip to poverty-stricken Cambodia with a new outlook on life.

She allowed the reporter, from Vanity Fair, to visit her two-story Spanish-style mansion in Los Angeles. That included a room-sized closet with dozens of pairs of designer shoes, but she admitted that amid all the luxury she felt like she had so much more than she would ever need. Still, she said, growing up rich "has its good side."

Tequila's publicist said the two were engaged. On her Twitter page, Tequila wrote late Monday, "Everyone please pray 4 my Wifey Casey Johnson. She has passed away. Thank u for all ur love and support but I will be offline to be w family."