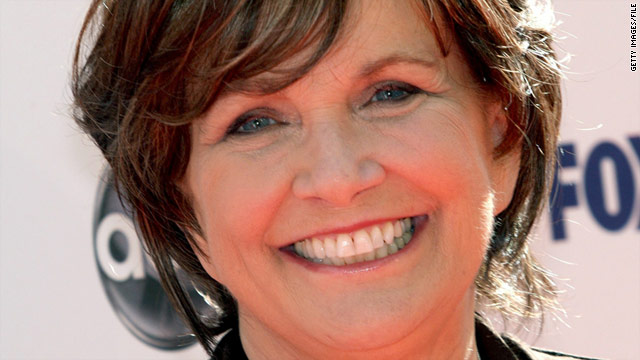 Elizabeth Edwards is surrounded by family and friends in her North Carolina home after doctors informed her that additional cancer treatment would be pointless.

"Elizabeth has been advised by her doctors that further treatment of her cancer would be unproductive," the Edwards family said Monday in a statement. "She is resting at home with family and friends and has posted this message to friends on her Facebook page."

"You all know that I have been sustained throughout my life by three saving graces -- my family, my friends, and a faith in the power of resilience and hope. These graces have carried me through difficult times and they have brought more joy to the good times than I ever could have imagined. The days of our lives, for all of us, are numbered. We know that. And, yes, there are certainly times when we aren't able to muster as much strength and patience as we would like. It's called being human.

"But I have found that in the simple act of living with hope, and in the daily effort to have a positive impact in the world, the days I do have are made all the more meaningful and precious. And for that I am grateful. It isn't possible to put into words the love and gratitude I feel to everyone who has and continues to support and inspire me every day. To you I simply say: you know."

Edwards was first diagnosed with breast cancer in 2004. In 2007 she announced the disease had spread to her ribs and hips, saying it was incurable but treatable.

In a May 2009 interview with CNN's Larry King, Edwards talked about her illness.

"The fear is that it spreads," she said." And it did spread a little bit from March of 2007. That was the -- that was when I had -- when I said the ups and downs. It spread to a bone in my thigh. And -- but the last test I had, everything seem to be stabilized."

Her doctors told Edwards last week that additional cancer treatments were futile, said a source close to the family. Her prognosis was described in terms of weeks, not months, the source said.

"I try not to really focus on what the end is going to look like," she told King in a June interview. "The more time I spend doing that, the less time I have to enjoy what I'm doing now."

She is receiving treatment and medications for symptoms and side effects.

"She is not in pain, Elizabeth is in good spirits," the source said. "She has prepared for this."

John Edwards and their children are at her side, along with Elizabeth's brother and sister.