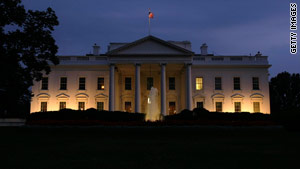 For those thinking about running for the White House, the midterms served as a pregame show
STORY HIGHLIGHTS

(CNN) -- If every end results in a new beginning, then the start of the next race for the White House begins now.

With the midterm elections barely behind them, the dozen or more possible contenders for the 2012 GOP presidential nomination no longer have to keep up the charade that all of their activity on the campaign trail over the past couple of months was solely about helping fellow Republicans this year and had nothing to do with the next race for the White House.

Among those considering presidential bids who were criss-crossing the country were Mississippi governor and Republican Governors Association chairman Haley Barbour, who made a five-day, 13-state swing in support of GOP gubernatorial candidates; former Massachusetts governor and 2008 GOP presidential candidate Mitt Romney, who campaigned for Republicans in 25 states since August; Minnesota Gov. Tim Pawlenty, who made a seven-day eight-state tour; and former House Speaker Newt Gingrich, who finished up a 12-state, two-week tour.

For those thinking about bidding for the White House, the midterms served partially as a pregame show.

"Potential 2012 candidates can point to their 2010 travel and fundraising efforts when they're asked 'Where were you when we needed you?' by elected Republicans and activists whose support they're courting in caucuses and primaries just over a year from now," says Kevin Madden, a Republican strategist who was national press secretary for Romney's 2008 presidential campaign.

So does the end of the 2010 election cycle mean that those interested in running for the White House will immediately launch bids?

Many of the bigger names who may announce a bid for the presidency have said they won't decide on a White House run until early next year. But some of the lesser-known candidates may launch exploratory committees soon after the midterms, as some did in the last cycle. And get ready for a pickup in the frequency of 2012 presidential polling.

"We all probably agree it will be too soon to start speculating about 2012 starting on November 3, but that won't stop folks from doing it anyway," Madden said.

While many Republican hopefuls may not immediately declare themselves as candidates, what will be felt immediately in the battle for the GOP presidential nomination is the effect of the Tea Party movement.

While the Tea Party added energy and enthusiasm to the GOP, it may have also changed the way the Republicans choose their presidential nominee.

"We always pick the guy who ran last time and nearly won. The election may have turned that dynamic on its head," Castellanos said.