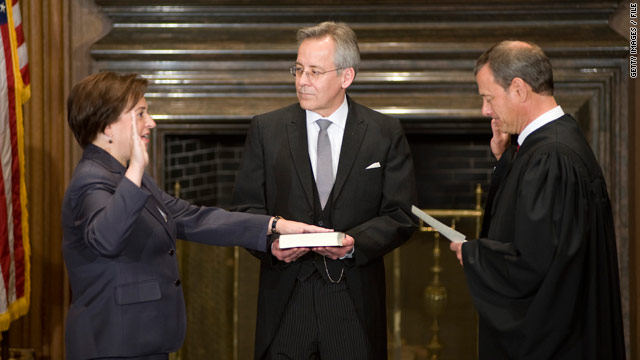 Washington (CNN) -- A formal investiture ceremony will take place Friday for Elena Kagan during a special sitting of the Supreme Court.

Kagan was sworn in as the 112th justice of the court in August. The 2 p.m. event on Friday is a formal affair where the authority of the office is conferred.

The Senate confirmed Kagan 63-37 on August 5 on a mostly party-line vote.

She joins a closely divided court that often splits in favor of a shaky 5-4 conservative majority. Despite no judicial record to draw clues on the kind of justice she would become, White House officials had quietly assured allies Kagan would be a "reliable" liberal vote similar to John Paul Stevens, whom Kagan replaces on the bench.

Among the cases she will confront in her first term will be disputes over noisy protests at military funerals, state bans on violent video games and the death penalty.

High-profile appeals that may reach the court in the next couple of years include Arizona's sweeping immigration reform law; California's ban on same-sex marriage; and a challenge to health care mandates passed by Congress this spring.