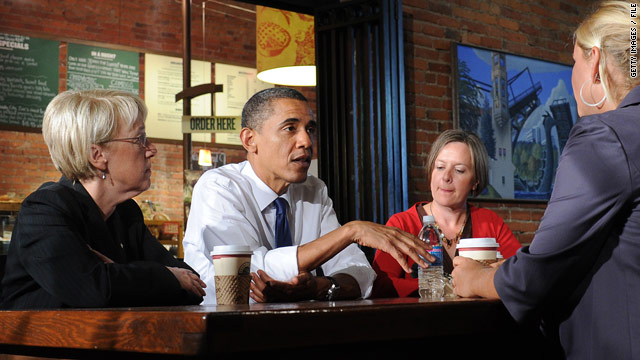 Washington (CNN) -- The Senate is scheduled to vote Thursday on ending a debate on a bill that it says will aid small businesses and result in the creation of 500,000 jobs.

According to a summary of the Senate bill, the measure would also authorize the creation of a $30 billion fund run by the Treasury Department that would deliver ultra-cheap capital to banks with less than $10 billion in assets.

The idea is that community banks do the lion's share of lending to small businesses, and pumping capital into them will get money in the hands of Main Street businesses.

Flanked by his economic team at the White House, the president specifically thanked GOP Sens. George Voinovich of Ohio and George LeMieux of Florida for breaking with the Republican leadership on the small business bill.

The two senators helped the $42 billion measure clear a key procedural hurdle on Tuesday, setting it up for final passage.

They understand we don't have time to play games anymore, Obama said.

Small-business owners have been postponing plans to hire more workers, he said.

Obama said he is grateful that Congress is on the verge of passing the bill -- which had been stalled until the two senators broke from GOP leaders -- but he added that it "should not have taken this long."

CNN's Alan Silverleib and Catherine Clifford contributed to this report.