Obama gives himself a grade of 'incomplete' after 18 months 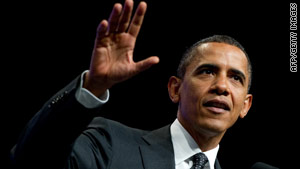 (CNN) -- It's still too early to judge his administration, President Barack Obama says.

In an interview broadcast on the CBS "Sunday Morning" program, Obama gave himself a grade of "incomplete" on the first 18 months of his presidency.

While citing some accomplishments, Obama said the true measure of success will be when the economy has rebounded fully and people are feeling better about it.

"We still have a long way to go," Obama said.

Asked if he felt his administration wasn't getting the credit it deserved, he laughed and answered, "Yes," then offered an explanation.

Coming out of the worst recession since the Great Depression, Americans still want to see a full recovery before they'll believe the worst is over, Obama said.

"People have every right to be scared, to be angry, to be frustrated," he said. "I don't expect the American people to be satisfied when we're only half of the way back."

The president also said he understands that criticism comes with the job.

"One of the things when you're president is folks are going to direct attention when things aren't going right at you," he said.

When all is said and done and his White House days are over, Obama said, he most looks forward to spending more time with his daughters.

"That's why I do what I do," he said. "I want to make sure that when they have kids, we've got an America that's strong."