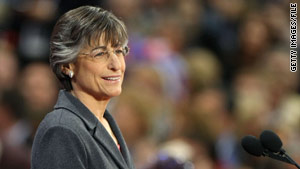 (CNN) -- Legislators in Hawaii have passed a civil unions bill that would give same-sex couples the same rights as heterosexual couples.

The state House of Representatives passed the bill by a 31-20 vote late Thursday. Gov. Linda Lingle has until early July to decide whether to sign the bill into law, CNN's Hawaii affiliates reported.

"I was always positive even when people were saying it was dead. I stayed positive and worked with a lot of different people that made this happen today," Tambry Young of Equality Hawaii told the TV station.

"The state House's last-minute political maneuvering is unfortunate for the people of Hawaii who have voiced their support for traditional marriage," he said in a statement. "If the Legislature wanted to establish the equivalent of same-sex marriage, they should have put it on the ballot for the people to decide."

"We need you to mount a campaign to flood the governor's office with requests to veto the bill," Silva wrote on the Diocese of Honolulu's website. "Should the governor veto the bill, they will need 34 votes to override. This is where you come in!"

Supporters such as Equality Hawaii said they hadn't expected a vote Thursday but were pleased with the outcome. Say, the House speaker, said he was proud of having passed the bill.

"I'm happy that it's finally done," supporter Vincent Rosa told KGMB. "The vote was taken and democracy was at work at this capital."

Civil unions advocate Alan Spector told KHON-TV, "I did not know all day this was going to happen. This was a surprise. I'm very happy."