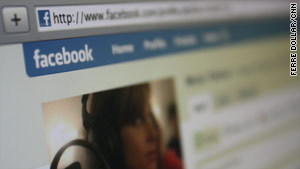 The page has received more than 600,000 "thumbs-up" messages of approval since it was posted April 10. But its owner, who does not disclose his or her identity on the popular social media site, wrote, "We are not really praying for the death of Obama. It is just some humor to show our disapproval of our current president."

Similar imprecations were circulating online last year. But Facebook spokesman Andrew Noyes said that "while it may be considered distasteful and objectionable to some," the page doesn't violate the company's content policies.

"We're sensitive to content that includes pornography, bullying, hate speech, and actionable threats of violence, and we react quickly to remove content that violates our policies when it is reported to us," Noyes said in a written statement.

"Facebook is highly self-regulating and leverages its more than 400 million users to keep an eye out for offensive content," he added. "We encourage users to report such content, and we have a large team of professional reviewers who evaluate these reports and take action per our policies."

Variations on the jab have circulated in New Jersey, where teacher's union officials apologized for a nearly identical memo that substituted Gov. Chris Christie for Obama earlier this month. Christie is locked in a bitter struggle with the New Jersey Education Association over funding for state schools, but union President Barbara Keshishian said, "Language such as that has no place in civil discourse."

And in January, hackers posted a similar message on Ahmadinejad's Web site.