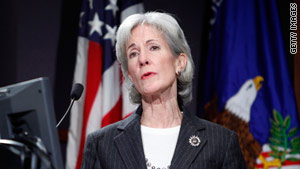 Washington (CNN) -- President Obama won a key concession from the health insurance industry Tuesday as the main lobby group said providers would comply with new regulations that will prevent the denial of coverage for children due to pre-existing conditions.

In a letter to Health and Human Services Secretary Kathleen Sebelius, the president of America's Health Insurance Plans -- Karen Ignagni -- said the nation's insurance companies would not try to find loopholes in the new health care law.

Sebelius had sent a letter to Ignagni on Monday warning against any efforts by health insurers to avoid the new law's intent to halt the industry practice of denying coverage for children with pre-existing conditions.

In response, Ignagni's letter said the industry would fully comply with regulations being drafted by Sebelius to implement the new law.