By Anthony Feinstein, Special to CNN 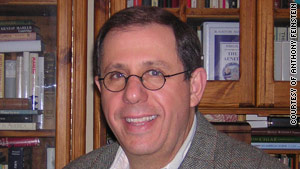 Anthony Feinstein is a professor of psychiatry at the University of Toronto. He is author of "Journalists Under Fire: The Psychological Hazards of Covering War."

(CNN) -- The challenges faced by the 33 Chilean miners entombed for the past two months are not likely to end with their rescue.

Quite correctly, the initial emphasis is on physical safety, ensuring an error-free evacuation and looking to the men's nutrition, hydration and overall general physical well-being. But just as important, their psychological well-being will need close monitoring since their ordeal has been extreme. Therein lies the risk.

What can the men, their families and the medical personnel involved in the rescue anticipate from a psychological perspective? The first point to emphasize is that individuals can be remarkably resilient. Not everyone who experiences a life-threatening event will experience persistent psychological difficulties. Rather, it is the minority who succumb.

In the case of the Chilean miners, given the uniqueness of their traumatic event, predictions cannot be guided by precedent. What can be said with greater certainty at this point, however, is that for these unfortunate men, life will never be the same. The magnitude of the experience will leave an imprint -- their lives have been marked in an extraordinary way.

Video: The psychology of a rescue

For some of the miners, this imprint may involve psychological problems. These can vary widely in their type and severity. Posttraumatic stress disorder (PTSD) is the quintessential emotional response to a life-threatening traumatic event in which the individual experiences unwanted recollections of the trauma in the form of flashbacks, nightmares and intrusive thoughts.

These deeply unpleasant phenomena induce anxiety, irritability, hyper vigilance, the tendency to startle easily and poor concentration. Characteristically, the traumatized individual wants to stay away from reminders of the event. Some develop emotional numbing; meaning the intensity of their feelings towards loved ones, friends and life in general is muted. This in turn can prove destructive to relationships.

The criteria for diagnosing PTSD are clear in stipulating that symptoms have to be present for more than a month which, in the case of the Chilean miners, raises the distinct possibility that some may have developed the syndrome while still trapped underground.

Data on this are understandably not forthcoming at present, but what should also be remembered is that the onset of the disorder can be delayed by at least six months for some individuals. Thus, as the miners surface and go through their detailed, multi-disciplinary assessments, the absence of PTSD should not be misconstrued as a future clean bill of psychological health.

There is every indication that the authorities overseeing the rescue with great diligence are aware of these potential developments.

The psychological experts advising them will know that PTSD is but one possible disorder that may arise. Depression, panic disorder, certain phobias (most relevant here being claustrophobia, the fear of confinement in an enclosed space) and substance abuse are other diagnoses to look out for either alone or in combination.

And in assessing the miners, the psychologists, psychiatrists and social workers who are on standby will do well to remember that mass debriefing, i.e. getting all the miners together in one big group to vent their emotions, can prove counterproductive, for the distress of some can inadvertently infect the resilience of others.

This point takes on an added poignancy in this group, for it has recently been revealed in the media that the miners have chosen a single word that they feel defines their time trapped underground and that word is comradeship. In doing so, they divulge the strength of the bonds that have developed between them.

This, too, must be factored into any treatment plan with the therapists walking a fine line between using comradeship to enhance healing and recovery while at the same time being alert to the possibility that group dynamics can have their harmful side, as the mass debriefing data shows.

For the miners' families, finding out 17 days after the disaster that their loved ones had survived was their first piece of good news to emerge from this traumatic event.

Seeing husbands, fathers and brothers emerge from their subterranean nightmare will spark relief, euphoria and gratitude, among many competing emotions. And so it should be.

But in the celebrations that ensue, it must be remembered that the families have also been through a great ordeal and that there will be those among them who will also need the help of the mental health specialists on standby.

In the heady atmosphere of celebration that accompanies this unlikely and most remarkable of survivals, care must be taken to not to lose perspective of the bigger psychological picture.

The opinions expressed in this commentary are those of the author.