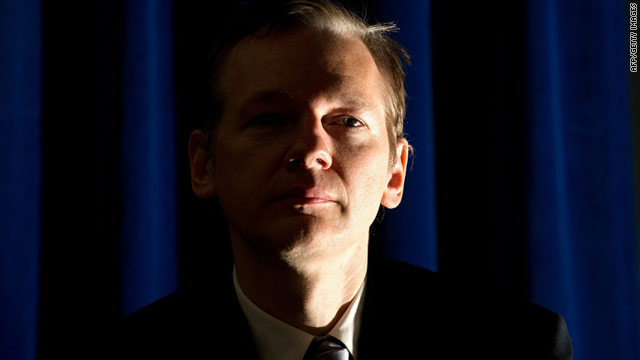 Julian Assange can be charming yet cagey about his private life and is rarely shaken by discussions of even the most controversial revelations on WikiLeaks.
STORY HIGHLIGHTS

(CNN) -- He grew up constantly on the move, the son of parents who were in the theater business in Australia.

Now, Julian Assange, 39, on the move for months, was arrested Tuesday in Great Britain in relation to a sex crimes investigation spearheaded by Swedish authorities.

"It sounds like good news to me," U.S. Defense Secretary Robert Gates said to reporters who asked him about the arrest.

Since this summer when his Web site WikiLeaks began releasing reams of classified U.S. intelligence, Assange has stoked the ire of top officials like Gates. Politicians and power-players the world over have called for his arrest for exposing sensitive documents. Supporters contend Assange represents free speech at its finest. They say he is a man and an organization committed to outing injustices.