Saving thousands from 'crime against humanity' 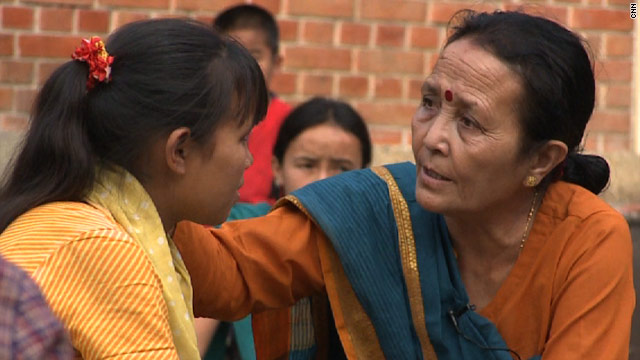 A hand out of the horror
STORY HIGHLIGHTS
RELATED TOPICS

Editor's note: CNN Heroes received more than 10,000 nominations from 100 countries, and a Blue Ribbon Panel selected the Top 10 CNN Heroes for the year. Voting for the CNN Hero of the Year continues through November 18 (6 a.m. ET) at CNNHeroes.com. The winner will be announced at "CNN Heroes: An All-Star Tribute," which airs Thanksgiving night, November 25, at 8 ET.

(CNN) -- Anuradha Koirala is fighting to prevent the trafficking and sexual exploitation of Nepal's women and girls. Since 1993, she and her group, Maiti Nepal, have helped rescue and rehabilitate more than 12,000 victims.

Below are her thoughts on being chosen as a Top 10 CNN Hero.

Q: Where were you when you got the call that you'd been selected as a Top 10 CNN Hero?

Anuradha Koirala: The day I found out that I'd been selected as a Top 10 CNN Hero, I was in Delhi, India. I'd had meetings with Indian and Nepalese government officials, police officers and [nongovernmental organizations] that are partnering with us regarding rescue and repatriation of Nepali girls. I also went to meet Nepali girls at a government remand home in Delhi.

We had four girls rescued last week, so I was talking to all the children. The police officers were very positive, but one lawyer was acting very "smart" [about not wanting the girls to return home to Nepal]. I said to him: "We are all working for the benefit of the children. So legal things are one part, but when there are girls, you have to send the girls back to their own country. That is all I want." So the whole morning and afternoon, I had been fighting.

I was very excited and thankful to get the news. I have a big family, about 2,000 children and girls. This was a moment for us to cry, hug and remember how we started, what we have gained and where we are today.

Q: What does it mean to you to have been selected by the Blue Ribbon Panel?

Koirala: It means they have given priority to this heinous crime against humanity. We have to fight against this crime and protect the children from this.

Q: What do you want people to know most about the importance of your work?

Koirala: I would like to urge all the human beings around the world: Please close your eyes and imagine these girls are your daughters, and you will feel the pain of being trafficked.