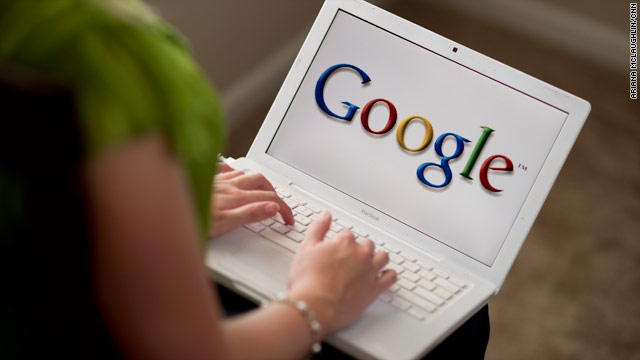 According to Pew, 83 percent of web users have used the internet to look for health information.
STORY HIGHLIGHTS

"What amazes me is how much and how many people are looking for health information, and how important their questions are," says Zeiger, who's an internist. "As a physician it's overwhelming and incredibly motivating."

"Health questions don't crop up at convenient times or in convenient places," says Susannah Fox, author of the report. "Someone has a symptom and they want to know -- right now -- what it might mean."

"The Empowered Patient" asked Google and Yahoo to tell us what health information you're looking for, both on computers and on mobile phones. There was a pretty clear difference between what you want to know when you're at your desk versus on your phone.

According to Yahoo's data, three out of the five most popular health searches on cell phones have to do with sex: "pregnancy," "herpes," and "STD" (sexually transmitted diseases).

Sex-related queries don't even show up on Google and Yahoo's list of top five health searches. "Pregnancy" is No. 7 on Yahoo's list, and "herpes" is No. 10 on Google's list.

Part of the reason sex-related searches are more common on phones is that mobile health searchers tend to be in their 20s and 30s, Fox says, the typical age for pregnancy and for multiple partners. But she thinks it could be about more than just age -- it might also have to do with location.

"Do these sorts of questions crop up more often when someone is, let's say, not near a computer?" she asks. Perhaps these are "morning after" searches, she continues, done by people wondering if they're pregnant or infected after a liaison.

Whatever the reason, it's clear you're searching for health information online, and so "The Empowered Patient" has taken the lists from Yahoo and Google and come up with five of the most commonly searched health terms. Since searches don't always lead to the most useful results, we've done the work for you and led you to some of the most useful information on the Internet for each topic.

• Overview of herpes from the Centers for Disease Control and Prevention

• Herpes symptoms in women have from the National Women's Health Information Center.

• Herpes symptoms in men from Livestrong.

• Where to find a herpes testing site near you from the CDC.

• State-by-state list of herpes social and support groups from Dating with Herpes.

• A calendar of social events for people with herpes from the National H Club.

• Animation on how to use a condom to try to keep yourself from getting herpes from the American Social Health Association.

Pregnancy is No. 1 on Yahoo's mobile list. On Yahoo's regular list, "pregnancy/symptoms" is No. 7 and "pregnancy week by week" is No 10.

• The first signs of pregnancy from the Mayo Clinic

• A quiz to find out if you're pregnant from Drspock.com.

• A pregnancy due date calculator from the Mayo Clinic

Depression is No. 3 on Yahoo's list of top searches.

• Overview of depression from the National Institutes of Health.

• The symptoms of depression from the Mayo Clinic.

• A quiz to see if you need help with depression from PsychCentral.com

• The best websites for the elderly with depression from Health.com.

• Comparison of costs of antidepressants from Consumer Reports.

"Heart" is the second most popular search term on Google.

• An overview of heart disease from the National Institutes of Health.

• An overview of heart disease in women from the National Coalition for Women with Heart Disease.

• Warning signs you're having a heart attack from the American Academy of Family Physicians.

• A quiz to find out how much you know about heart disease from the American Heart Association.

• A video of the new guidelines for performing CPR from the American Heart Association.

Breast cancer is No. 4 on both Yahoo's regular and mobile list.

• An overview of breast cancer from breastcancer.org

• A video on how to do a breast self exam from healthcentral.com

• First-person accounts from breast cancer patients and survivors from Susan G. Komen for the Cure.

• What to do when you've just been diagnosed with breast cancer from Susan G. Komen for the Cure.

Over the years, search experts say they've seen changes in how we do our health searches.

"Now we're seeing more five to eight word searches," she adds. For example, she says people now might search for "preventing heart attacks with aspirin" rather than just search for "heart disease."

Heather Cabot, web life editor at Yahoo, agrees that Internet users are smarter than ever about how they search -- and they're better off because of it.

"I think we're better advocates for ourselves because of the Internet," she says. "It's empowering to be able to know what all your options are."