Children of Alzheimer's sufferers want to know their risk 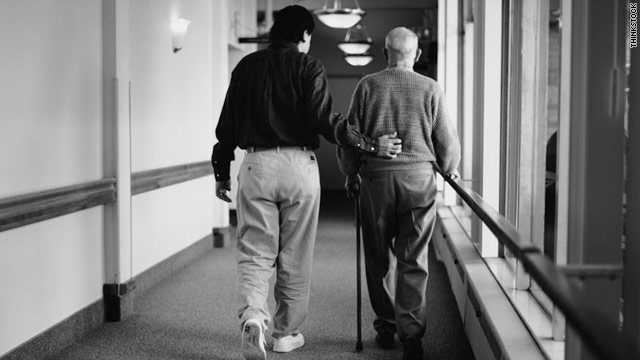 People with a family history of Alzheimer's aren't certain to get it, but there is a genetic mutation that is fairly predictive.
STORY HIGHLIGHTS

(CNN) -- Greg Kalkwarf was a teenager when his grandfather told him and his brother, with increasing anger and frustration, "Dean, get out there and milk the cows!"

There were indeed cows at his grandparents' farm, but Dean -- Kalkwarf 's uncle -- wasn't there, and the grandchildren weren't supposed to be milking them.

"The confusion or the memory loss of Alzheimer's -- now as I look back, it's like, that's what was going on," said Kalkwarf, 39, a marketing representative in Denver, Colorado. His grandfather died from Alzheimer's complications, and now his mother has it at 65. "It's saddening and disheartening to watch someone you love disappear like that," he said.

Kalkwarf is one of many children of the 5.3 million people living with Alzheimer's in the United States who face the terrifying possibility of inheriting a predisposition to the disease. Now that there are tests in the works for early detection of brain injury due to Alzheimer's, as well as other biological markers of the disease, the question becomes: Would you want to know?

Experts proposed new criteria for diagnosing Alzheimer's this week at the Alzheimer's Association International Conference on Alzheimer's Disease 2010. The experts suggest using biomarkers of the disease -- plaques in the brain and specific proteins -- to diagnose Alzheimer's. These biomarkers can be found with MRI scans, PET imaging and tests of cerebrospinal fluid. Specific results would better reflect the various stages of the disease, the scientists say.

The guidelines in place currently have not been changed since 1984 -- before that, only an autopsy could say with certainty whether a person had Alzheimer's disease.

Kalkwarf and several other individuals with a family history of Alzheimer's said they would definitely want to know if their brains already have signs of the disease.

"Wouldn't you want to know that -- if you do only have X number of years left -- that, shoot, maybe I should not go to that luncheon and instead go spend time with my family?" he said.

Lisa Greenberg of Scarsdale, New York, said she would have a brain scan, but not a memory or other cognitive test. She remembers too well when her mother, who has Alzheimer's at age 76, got tested. At 46, Greenberg already feels like she's speaking less eloquently, forgetting things she's learned and experiencing an inability to learn new technologies. 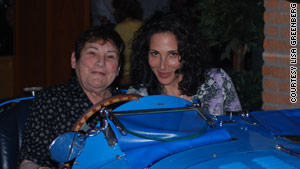 Lisa Greenberg of Scarsdale, New York, says her mother, on left, has had Alzheimer's symptoms since 2006.

"I think I don't want to see what those numbers would be," she said of the neuropsychological tests. "I'm afraid of what they're going to find."

There also are those who simply don't want to know until there's something they could do about it. Julie Sue Auslander of Montvale, New Jersey, said in an e-mail that she knows her risk is high through maternal relatives, including her mother and grandmother, but unless there's a significant way to mitigate the risk, she'd rather "continue living my life as fully as I do, knowing full well that the beast [might] outrun me."

Although there are no proven interventions for people without Alzheimer's symptoms, but who may be at risk, neurologists said it is crucial to identify people with early signs of the disease for the purposes of research, so that treatments can be developed when the disease is less severe in the brain. The drugs currently available are approved for use only in people in late stages and do not slow or cure the progression of the disease. Dr. James Lah, assistant professor of neurology at Emory University School of Medicine, likens this to late-stage cancer.

"We're basically treating widely metastatic Alzheimer's disease, if you will, in the brain rather than attacking it at an early point at a point when it's very localized, or early," he said.

People like Auslander, Greenberg and Kalkwarf, who have family histories, aren't certain to get Alzheimer's. But there is a genetic mutation that nearly always predicts early onset Alzheimer's, a rare version of the disease that develops in people ages 30 to 60, according to the National Institute on Aging.

The detection of Alzheimer's disease in people with no symptoms is very much a work in progress, said Dr. Allan Levey, professor and chair of neurology at Emory University Medical School. It is currently possible to see brain activity patterns in middle-aged individuals indicative of Alzheimer's disease, but that information doesn't always predict Alzheimer's, he said.

In the same way that you shouldn't wait until you have a heart attack to engage in lifestyle and medication interventions, Alzheimer's should be diagnosed much earlier, so that precautions can be taken, said Maria Carrillo, senior director of medical and scientific relations at the Alzheimer's Association.

The criteria put forth at the conference are research criteria, not for clinical practice yet. The idea is that these guidelines for diagnosis will help in the development of drugs and other treatments for the disease, she said.

The National Institute on Aging and the Alzheimer's Association are soliciting opinions about the criteria online and hope that there's enough input to publish them in early 2011, Carrillo said. Then they would need to be validated in clinical trials before being used in general practice.

Kalkwarf's wife, a nurse, makes sure he gets plenty of fish oil and eats other foods enhanced with omega-3 fatty acids, which have been suggested to improve cognition. He is already wondering if their 9-month-old son will one day face issues from Alzheimer's.

In the meantime, Kalkwarf's mother is participating in an Alzheimer's study.

"If people are willing to help now, then it's like everybody else who's willing to donate their body to science -- that if we all can give up a little bit, hopefully it helps the next generation," he said.