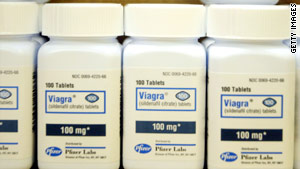 Washington (CNN) -- The little pink pill is being put on hold.

On Friday, a Food And Drug Administration advisory committee voted that a new drug, flibanserin, designed to boost sexual desire in women, does not show signs of being effective and that the company responsible for its production, Boehringer Ingelheim, should go back to the drawing board to develop more conclusive data.

The advisory committee will send its recommendations to the FDA. Although the committee's advice is not a final decision, the FDA usually follows its guidelines.

Referred to as the "female Viagra," flibanserin has been touted as the answer for millions of women who have suffered from some form of sexual dysfunction, sometime in their lives. But even before the advisory committee hearing began, the drug was already marked as "iffy" at best. In a statement posted on the FDA's website two days before the hearing, officials noted that "manufacturer Boehringer Ingelheim maintains that flibanserin really works, while acknowledging it's better at increasing a woman's "global desire" than "the intensity of [her] acute episodes of desire." According to the FDA, "that phrasing suggested the drug's effects are, well, rather subtle."

But the main concern was not the number of events, but the side effects of the drug, which seemed to outweigh its benefits. Originally designed to help with depression, flibanserin's side effects in the female sexuality trial were significant. Approximately 15 percent of flibanserin users in the trial got off the drug because of dizziness, nausea, anxiety and insomnia, compared with 7 percent of placebo users.

Still, many of the women who testified Friday believe they should have access to a drug that has shown some promise.

"We are the forgotten gender," she said. "We've been told to accept this dysfunction. Do we accept cancer or heart disease?" she said. "Do we or do we not have the right to choose whether we want treatment. The women I see," Goldstein said, "know something has changed for them, and they want to go back to the women they once were."

Flibanserin is one of a few products in development that claim to help women with sexual dysfunction. At this point, there are no drugs or treatments on the market designed to help women overcome a chronic lack of sexual desire. And now that the pink pill has been put on hold, it may be some time before a "female Viagra" becomes available.