Do psychologists still listen to Freud?

(CNN) -- David Weiss sat down on his therapist's couch on Thursday troubled by moments of emptiness that made him ask himself, "Is this it?" After talking it through with her, however, he realized that such experiences could be peaceful, and even welcome, if he viewed them with a different mind-set.

Weiss has been in psychoanalysis for three years, but his experience has many distinctions from the theories that the field's founder, Sigmund Freud, outlined in the early 1900s. No talk of the "id," "ego" and "superego." No mention of an Oedipus complex. But the ideas of connecting the past to the present and examining the unconscious mind remain at the core of a therapy that patients like Weiss have found helpful in approaching everyday life.

"You can start connecting different parts of how you think in a new way," said Weiss, 38, a blogger and music journalist in New York. "It can be extremely productive; it can also be incredibly frustrating."

Psychoanalysis as a therapy became somewhat marginalized decades ago as biological and behavioral approaches gained recognition, but plenty of mental health professionals still practice some variation of it, and Freud's ideas are crucial in a wide spectrum of therapies today. The American Psychoanalytic Association, a professional organization with more than 3,000 members, will have its 99th annual meeting this week. It will include discussions of applying Freud's ideas in a modern context.

"Pure psychoanalysis is not as popular or well-known as it was in the '50s and '60s, for example, but ironically I think it's better than it was back then," said Dr. Prudence Gourguechon, president of the American Psychoanalytic Association. 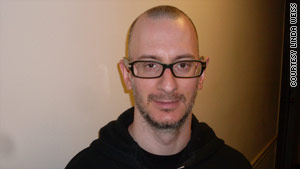 David Weiss, 38, has been going to psychoanalytic therapy for three years.

More so than other kinds of talk therapy, psychoanalysis involves an exploration of the patient's past. Freud wrote that certain problems in adult life stem from "fixations" in childhood, conflicts that patients are still stuck on from their early years. Free-associations -- the patient's mind wanders to explore what things in life or in dreams make them think of -- are also important. The relationship that develops between doctor and patient is also emphasized, and may mirror the patient's relationship to a parent or some other figure from youth.

Psychoanalysis has evolved to become more of a dialogue between patient and doctor than an observation of the patient by an authoritative expert, Gourguechon said.

For Weiss, who blogs about his analysis experience as Mr. Analysand through "Psychology Today," psychoanalysis mentally equipped him for major life changes. Therapy helped him see that his job at a public relations firm wasn't leading to a career he could steer himself, and that he wanted to branch out. He ended up quitting his secure job 1½ years ago to co-found sonicscoop.com, a website about the New York music scene. Today, he believes that was the right choice, and that psychoanalysis helped him stay organized throughout the process.

Psychoanalysis can be burdensome in terms of time and money, and some insurance companies will not pay for the frequent sessions, doctors say. Practitioners recommend three to five sessions per week (Weiss has been going three times a week since 2008). Costs vary depending on the doctor, and there is psychoanalysis provided at some low-cost clinics, but more frequent sessions per week may translate into more expense, Gourguechon said.

When we make a slip, we are telling people that we probably are ambivalent about what we are saying.
--Dr. Arnold Richards, psychoanalyst
RELATED TOPICS

The method has drawn criticism because there is still no real empirical study to support psychoanalysis in the form of a frequent, long-term therapy. To study it in this way would be difficult, Gourguechon said. But "psychodynamic psychotherapy" -- like psychoanalysis but more limited, and usually once per week -- has demonstrated effectiveness in numerous randomized controlled studies.

More commonplace than Freudian analysis is a method called cognitive behavioral therapy, a scientifically tested method that focuses more on managing problems and less on how childhood events may have influenced them, said Alan Hilfer, director of psychology at Maimonides Medical Center in Brooklyn, New York.

But even non-psychoanalysts use Freud's ideas. Mark Crawford, a psychologist in Roswell, Georgia, said so-called "Freudian slips" are useful in starting conversations with patients. Unintentional mistakes or substitutions in speech may reflect underlying tensions in a person's mind, experts said.

"What we speak is the outcome of conflicting needs and wishes, and so when we make a slip, we are telling people that we probably are ambivalent about what we are saying," said Dr. Arnold Richards, psychoanalyst at the New York Psychoanalytic Institute.

Most of what drives behavior is unconscious, Freud postulated. A buried part of the psyche called the id is driven by pleasure; it has all the person's wishes and motivations. The ego is the cognitive, rational means to deal with life. The superego follows a moral principle, imposing guilt and incorporating the external authority. Neuroscientists have not found these precise structures on brain scans, but there have been functional magnetic resonance imaging studies looking at the different parts of the brain that activate for pleasure, critical thinking and guilt.

Today, Weiss genuinely feels psychoanalysis has connected parts of his brain in ways they hadn't been linked before. Still, revelations don't come easy. He entered therapy to deal with "a classic blend of issues pertaining to sex, substances and my mother," he said, and some problems he had back then remain.

He leaves some sessions feeling like he's made progress; other times, he's confused. But on the whole he believes psychoanalysis has had an enormously positive impact on his life.

"I think people still are concerned that going into therapy somehow provides some kind of stigma," he said. "It can be really gratifying; it can be really scary. But if anyone is thinking about trying it, they really should just go ahead and do it."